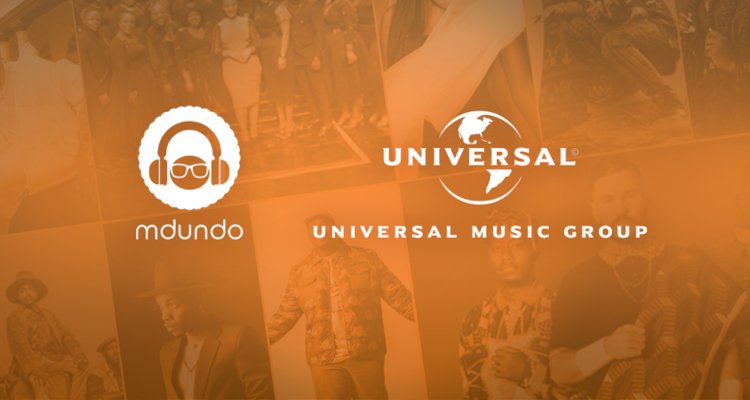 African streaming service Mdundo has officially inked a licensing deal with Universal Music Group (UMG), which will bring its artists’ music to the platform’s more than 17 million confirmed (as of Q1 2022) monthly active users.

Nairobi-headquartered Mdundo (which debuted on the public market in Denmark back in November of 2020) and Universal Music Group unveiled their pact via a formal release today. Under the agreement, tracks from UMG artists like The Weeknd and Drake are poised to become available to Mdundo users, who are based primarily in Nigeria, Kenya, and South Africa.

Addressing the partnership in a statement, nine-year Mdundo CEO Martin Møller Nielsen said in part: “Our focus is to provide a relevant service to the hundreds of millions of potential users in Africa that are getting online. In recent years, Mdundo.com has reported explosive growth, from 5 million monthly users in June 2020 to an expected 19-20 million monthly active users in June 2022 and a +225% growth in revenue for the year ending June 2022.”

The licensing pact represents the latest in a line of efforts from UMG to achieve a bolstered presence in Africa’s quick-growing music industry; the major label last year finalized an expanded deal with Boomplay, another of the continent’s foremost streaming services, and made a series of high-profile executive appointments.

Aside from today’s Mdundo agreement, UMG to this point in 2022 has launched Virgin Music Label & Artist Services Africa (which aims to bring about “global success for its roster”) and signed an Africa-focused licensing tie-up with Audiomack. Similarly, Warner Music Group kicked off the year with the purchase of African distributor and rights-management company Africori.

Specifically regarding Mdundo’s position, execs last month said that they expect their platform to boast 50 million MAUs and positive EBITDA by 2025.

Shorter term, the service is banking on attracting a total of 25 million MAUs by June of 2023, with targeted revenue of DKK 13 million to DKK 16 million (currently $1.77 million to $2.19 million) for the 12-month stretch. Execs have likewise acknowledged “a long-term ambition of moving into other types of online content and entertainment, like sports-content and podcasts to attract a wider audience to the service.”

Mdundo stock (DK0061286101) posted a 5.43 percent improvement during Friday’s trading and finished at DKK 7.38 ($1.01) per share when the market closed. The figure marks a relatively moderate dip from the company’s aforementioned 2020 IPO, but an improvement from late 2021, when shares declined to €0.59/$0.60 apiece. Of course, other streaming platforms, from the market leader Spotify to Anghami and the newly public Deezer, have also suffered stock-price decreases this year.