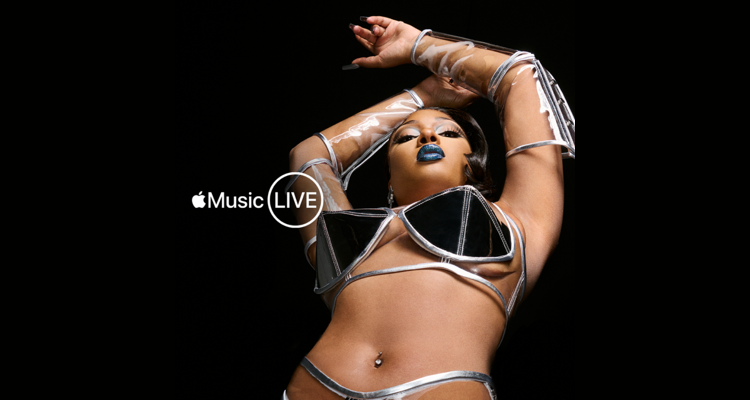 Apple Music Live presents an exclusive performance from Megan Thee Stallion. The rapper will also sit down for a new interview with Nadeksa Alexis.

Apple Music is offering fans in the Los Angeles area the opportunity to register for a chance to attend the performance at The Dolby Theatre — her return to the venue after her surprise performance at the 94th annual Academy Awards earlier this year.

“I can’t wait to hit the stage and perform for my Hotties in LA,” says Megan. “I’m truly thankful for the entire Apple Music team for their constant support over the years — they’ve uplifted and championed my music since the beginning of my career. It’s only right that we take it to the next level, put on a special performance for the Hotties and celebrate together.”

Additionally, Apple Music host Nadeska Alexis will sit down with Megan for a new interview, airing on Apple Music 1 ahead of the show.

“Megan shared so many honest and personal revelations with us around the release of her incredible album Traumazine and we’re thrilled to celebrate all of that truth, emotion, and power as she takes the stage for a very special Apple Music Live performance,” says Alexis.

Traumazine is Megan Thee Stallion’s most recent album, released in August and an instant hit as the biggest female rap album of 2022 based on first-day streams. Eleven songs from the album reached the Daily Top 100 in countries worldwide, with three reaching the Global Daily Top 100. In 2020 and 2021, Megan was the number one female rapper of the year by streams worldwide across Apple Music.