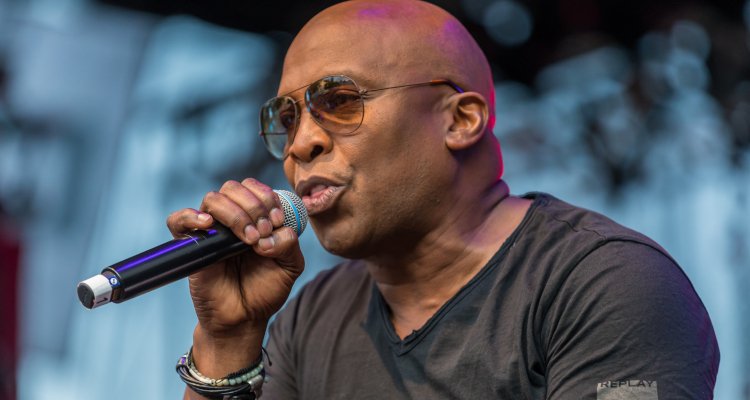 About four months after doubling down on its plans to purchase song rights, BMG has acquired the “royalty interests” of “What Is Love” artist Haddaway.

Berlin-headquartered BMG unveiled this latest music-rights play – the third such deal that it’s closed in November – via a formal announcement message today. 57-year-old Haddaway (full name Nestor Alexander Haddaway) rose to commercial prominence shortly after arriving on the scene with 1993’s The Album.

The 12-track effort dropped via Germany’s Coconut Records and was certified Gold in a number of European nations as well as Canada and Brazil. Additionally, the work, which includes “Rock My Heart,” “Life,” and the aforementioned “What Is Love,” achieved Platinum certification in Germany and Switzerland. (“What Is Love” was written by Dee Dee Halligan and Junior Torello.)

Trinidad and Tobago-born Haddaway followed this debut project with 1995’s The Drive and 1998’s Let’s Do It Now, neither of which made as large of a commercial splash as The Album. The Eurodance creator’s most recent (non-mix) studio album, Gotta Be, became available to fans in November of 2011.

Though BMG hasn’t publicly revealed the transaction’s financials, execs did indicate that the agreement encompasses recorded “royalty interests” from across the decades-long career of Haddaway, specifically spanning The Album through Gotta Be.

Addressing the investment in a statement, BMG EVP of repertoire and marketing for continental Europe Maximilian Kolb, whose company tripled its catalog expenditures in H1 2022 and formally restructured its operations in Spain six days back, said: “Haddaway has strongly influenced the Eurodance genre in Germany and on a global level in the past. And even today, his tracks influence pop culture and inspire artists worldwide.

“The acquisition further strengthens BMG’s position in the Eurodance genre, and we are proud to work closely with Haddaway and his team to ensure that his work continues to inspire new generations,” finished the 10-year BMG team member and former Sony Music Publishing higher-up Kolb.

Among the other catalog deals that the Bertelsmann subsidiary has finalized in November are plays involving the work of singer-songwriter Harry Nilsson and Fools Garden, the act behind 1995’s “Lemon Tree.”

November has also seen BMG sign Halsey to a new global publishing tie-up and launch a label (in coordination with Logan Media Entertainment) focused on “resurgent established artists.” And in other catalog news, Iggy Azalea sold her body of work as part of an “eight-figure” deal with Domain Capital one week ago, while Primary Wave and Brookfield picked up a stake in multiple Whitney Houston hits.