iTunes Music Is a Big, Fat, Bloated Disaster of an App… 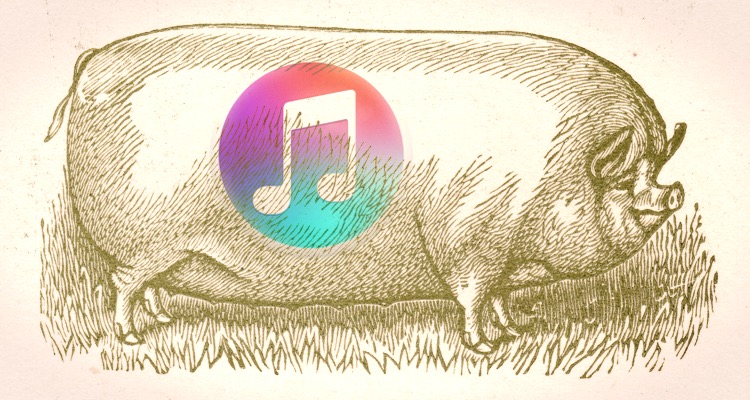 Entire iTunes collections are going AWOL, downloads are getting mangled, IDs are fighting with one another, and Apple Music is acting weird again.  What needs to change?

Has iTunes become an unmanageable monstrosity?  In the latest battle against its own ‘bloatware,’ Apple sent two engineers to a user’s home after 122 GB of his personal music collection vanished into the ether.  James Pinkstone, author of the blog Vellum Atlanta, was the customer watched his mega-collection go deleted.  This prompted him to write a long complaint on his website a few weeks ago, which was picked up by Apple, who then sent the engineers out.

The engineers spent the whole day analyzing Pinkstone’s use of Apple Music, iTunes and his personal library at his home, to see if they could recreate the issue.  Ultimately, Apple’s tech team was stumped and came to the conclusion that there was a ‘glitch’ somewhere that needed to be fixed.  Well you don’t say.

The Pinkstone situation follows another mega-deletion involving Jim Dalrymple, who lost nearly 5,000 songs but ultimately got them restored.  And just recently, DMN’s Ari Herstand entered a cauldron of overlapping Apple ID hell when trying to listen to a simple Beyonce album download.

But, what is Apple doing about it?

On Monday, the tech giant pushed out their new updated iTunes 12.4 version, which not only had design ‘tweaks’ but an installed ‘safeguard’ to protect users music from a deletion bug.

The situation stoked theories of active and intentional download destruction on the part of Apple.  People have been speculating that Apple has been knowingly deleting music that isn’t part of the Apple Music library.  But, the strange thing in this latest episode is that Apple itself can’t determine the music deletion issue, and they’ve flatly denied plans to nix their download store.

But, what we do know, is that Apple Music has been experiencing unprecedented growth since it launched in June last year.  The streaming service has quickly racked up more than 13 million subscribers, adding one million more users on average a month.  That is, despite constant technical issues in the early stages, and more recent issues which saw subscribers being asked to re-sign up multiple times.

Also Read:  Does the Album Even Matter Anymore? – Guns n' Roses Is Unsure

Customers have been sticking with the platform throughout, but if problems with the service continue to occur users may become exhausted.  The Verge recently lamented that iTunes now fits “somewhere between filing your taxes and having your wisdom teeth pulled out,” with ‘bloatware’ an increasingly apt way to describe this overgrown media app.  That has also infected Apple Music, though its unclear whether this is dampening subscriber interest.

Perhaps the best hope is that newer updates and safeguards will eradicate the most pressing issues moving forward.  More drastic moves — like eliminating music downloads entirely — would go a long way towards trimming this application of obesity.