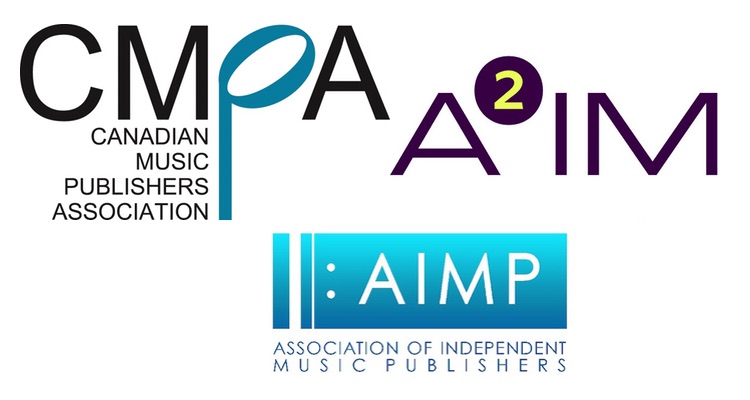 “If we value music, we need to value those who create it.”

Below is a statement from Michael Eames, President of AIMP, Richard James Burgess, Ph.D., CEO of A2IM and Jodie Ferneyhough, President of CMPA regarding the DoJ position on 100% licensing.

“We, the undersigned, represent the independent music publishing and record label community in North America, and want to lend our unified voice to the recent press and discussion regarding the outrageous position the Department of Justice (DoJ) has taken with regard to the ASCAP and BMI consent decrees.

The heart of the music business is the song.  No recording artist would exist without a song, and songs would not exist without songwriters.  The songwriters are the smallest of small businesses, and many of them control the ownership to their songs.  A significant number of songwriters have entered into mutually beneficial agreements with music publishers who develop and promote their songs.  The independent music publishing and record company sector is over one-third of the music industry in North America and employs thousands.  While each company may vary in size and have relationships with major labels and/or music publishers, they all share the same independent DNA.  The vibrant, diverse and dynamic music business we know today was built by songwriters, independent music publishers, and independent record labels… but that’s all about to change.

After spending a great deal of U.S. taxpayer money the last few years reviewing the 75-year-old consent decrees, holding public testimony on the various ways in which the anachronistic consent decrees should be updated to address the challenges of a digital economy, and apparently ignoring hundreds of public comments officially submitted to them, the DoJ determined both that the consent decrees should not be amended and that ASCAP and BMI should be forced to issue 100% licenses.

This position by the DoJ on 100% licensing is 100% wrong. The DoJ’s position will obstruct every level of the music business as songwriters’ creative processes will be impacted by which PRO their co-writers are signed with.  In a world where songwriters, artists, music publishers and record companies are already being paid below market rates by tech companies that built their businesses by using our songs, the DoJ has opened the door for even lower payments.  The DoJ’s decision reaches far beyond our shores and threatens our relationships with foreign writers, publishers and record companies. The DoJ has now unwittingly entered the creative process in the writing room and the recording studio. They do not belong there.

Independent songwriters, music publishers and recording artists deserve more than what we have received here.  The DoJ and its largest supporter in its recent ruling, Public Knowledge, has propped up the media conglomerates at the expense of the entire music industry. We deserve fair market rates that are not regulated by the U.S. government and the ability to decide when and where our property is used.  The DoJ cannot be permitted to decide that for us.

AIMP (Association of Independent Music Publishers), A2IM (American Association of Independent Music) and CMPA (Canadian Music Publishers Association) stand shoulder to shoulder in opposing this unfortunate DoJ decision on 100% licensing. The vast majority of music publishers, songwriters, labels, and recording artists are small- and medium-sized enterprises, and it is essential for them to be able to control the use of their copyrights in order to sustain their businesses and careers.

If we value music, we need to value those who create it.”