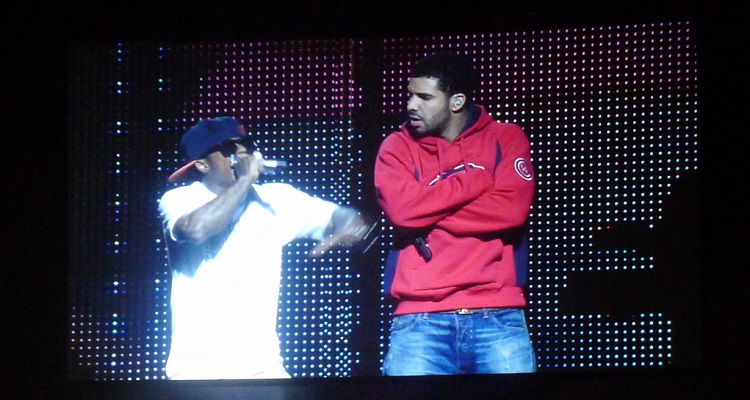 File this one under #lilwayne #NOtoblacklivesmatters and #youngblackandrich.  But Lil Wayne is now the latest rapper to speak out against the Black Lives Matter movement.

In September, Lil Wayne got into some pretty hot water.  In an interview with Fox Sports 1’s Undisputed, Lil Wayne claimed that racism doesn’t exist. He told co-host Skip Bayless,

“I don’t want to be bashed … but I think it’s a message that there’s clearly no such thing as racism.”

This time, Lil Wayne is in deeper water with the black community.  Or at least a certain segment of it.   In a controversial interview with ABC’s Nightline, Lil Wayne dismissed the Black Lives Matter movement.  First, he didn’t know what the movement was, before ABC’s Linsey David clarified it for him.

Then, he said that giving the movement a name was weird.

“That just sounds weird, I don’t know, that you put a name on it. It’s not a name, it’s not ‘whatever, whatever,’ it’s somebody got shot by a policeman for a [expletive] up reason. I am a young black rich [expletive]. If that don’t let you know that America understand black [expletive] matter these days, I don’t know what it is. Don’t come at me with that dumb [expletive], ma’am. My life matters. Especially to my [expletive].”

When asked if he felt connected the movement, he responded,

“I don’t feel connected to a damn thing that ain’t got nothin’ to do with me.  If you do, you crazy as [expletive].  [Not the camera,] YOU.”  He then took out a red cloth from his pocket.  “I’m connected to this flag right [expletive] here, because I’m connected. I’m a gangbanger now.”

The rapper abruptly ended the interview afterwards, stating, “I ain’t no [expletive] politician.”

In October, the rapper explained to The Guardian why racism doesn’t exist for him.  When he was 12 years old, he accidently shot himself in the chest.  A “white as snow” police officer, however, saved his life.  The officer saw the young rapper lying on the ground, chastised the other officers for overlooking him, personally took Lil Wayne to the hospital, and stayed with him.

In the Nightline interview, he said he stands by his previous comments about racism not existing.  However, he backtracked in his October interview with The Guardian, saying that it does exist, just not to him.  Furthermore, when he’s at his concert, he only sees people of all colors.

“It’s the world out there…not a certain part or a certain kind or a certain culture or whatever of people. It’s people. Those people out there in that crowd.

“I’m blessed to have that opportunity, so with that said, I can only be honest with such a thing, I have never witnessed racism.”

Lil Wayne’s thoughts on Black Lives Matter follow A$AP Rocky’s thoughts on the matter.  Earlier this year, he likened the movement to a groupthink bandwagon.  He said in an interview with Power 105.1,

You can watch the full Nightline interview with Lil Wayne below.