Green Day Says “No KKK, No Donald Trump, No Fascist America” at the AMAs 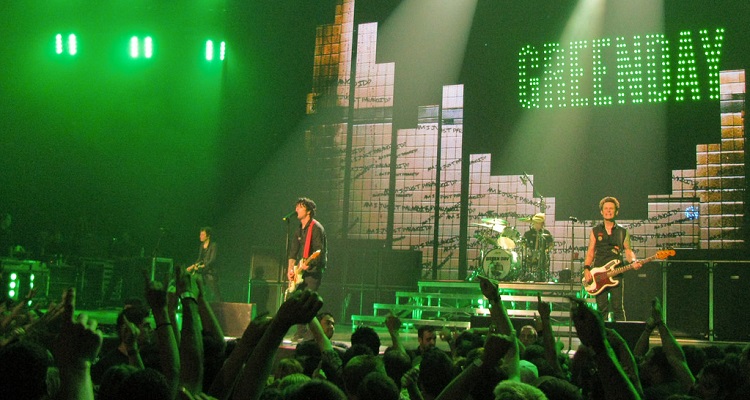 There’s no green day for Donald Trump at this awards ceremony.

On November 9, the entertainment industry turned on its head. After finding out that Donald Trump is the next U.S. President, musicians took to social media to express their displeasure.

The American Music Awards usually celebrates the best of American music. However, on Sunday night, the show became a platform to lash out against president-elect Donald Trump. Model Gigi Hadid and SNL comedian Jay Pharoah hosted the show. There was a noticeably anti-Trump stance. At one point, Pharaoh, imitating Trump, said,

“I love Bruno Mars. I don’t know what color he is, so I can’t deport him.”

Other artists who supported Hillary Clinton chose not to speak about the election at the event.  This includes artists like Lady Gaga and John Legend.  However, no one expected Green Day’s very political performance.

Needless to say, the group didn’t disappoint. During their performance, Green Day lead singer Billie Jean Armstrong modified the lyrics to Bang Bang. He shouted to the audience,

You can check out the video below.

Green Day is a vocal critic of Donald Trump. However, Donald Trump loves the group. He declared himself a fan of the punk rock group, and described them as “excellent.”

Supporters of the new president were quick to criticize the group. One supporter said,

“Trump won the election fair and square Hollywood needs to move on and stop trying to influence more sheep why dont they use all their ‘star power’ and address the situation in North Dakota where some really bad things are going on.  It seems like the media isn’t covering it hollywood doesn’t care but as soon as these fools make fun of Trump its national headlines no wonder this country is going to shit”