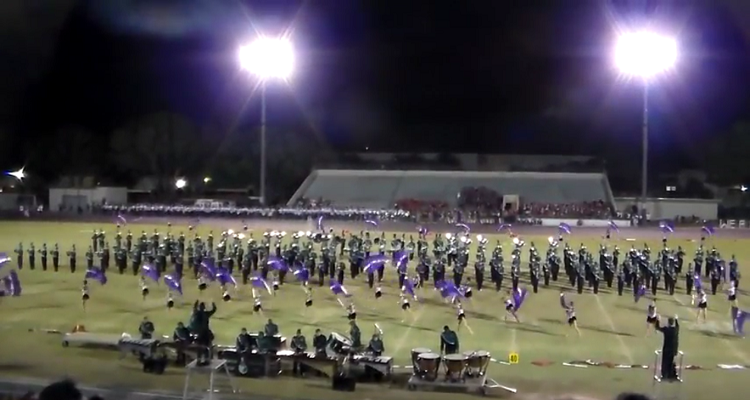 Unlike DC-based bands, this Florida marching band wants to play. So why is the Donald Trump Inaugural Committee refusing to pay the costs for this working-class school?

Updated: Fri Dec 23: So far, the band is struggling to raise even one-tenth the amount required.  We’ll have a full update on the funding efforts ahead.

Several days ago, I touched on an interesting story.  Not a single marching band in Washington, DC agreed to play at Donald Trump’s inauguration.  The bands gave several reasons, including budgeting and time constraints.  But several bands played at Obama’s first and second inaugurations.

This time around, the real reason appears to be politics.  And to make matters worse, the Donald Trump Inauguration Committee did not comment on any potential band selected.

After the piece, a Florida-based marching band contacted Digital Music News.  The Marching Pride of Palmetto Ridge High School has been selected, among others, to play the event.  They’re almost sure to be the only band representing the state of Florida. Naple Daily News reported the story.

Breaking News! The @PalmettoRidgeHS Marching Pride has been selected to perform in the Inauguration Parade in Washington DC!! #ccpssuccess pic.twitter.com/v7E86pjmhD

Palmetto Ridge senior Taylor Toatley lost her father in 2000.  Her father worked as a narcotics officer.  He was fatally shot in the head while negotiating a drug deal undercover.  Speaking about the chance to play at the 2017 Presidential Inauguration Parade, she said,

“Knowing that I’m going to witness firsthand what my father died for and getting to see everything that he stood for, I’m so overwhelmed.”

However, the school band faces just one serious problem: the Inaugural Committee refuses to handle expenses for the trip.  Schools have to come up with the costs, no matter how expensive. The band is now trying to crowdfund the $135,000 required to make the trip.

Bummer.  The school has less than a month to organize the trip for 235 students, and they’re desperately trying to scratch the funds together.  The Marching Pride started a GoFundMe page.  It states,

“It will cost each student around $575 to attend this trip. The Palmetto Ridge Band Boosters have set a goal to raise $135,000 by January 2nd so that every member of the band can take part in this once in a lifetime opportunity. The majority of students at Palmetto Ridge High School live in Golden Gate Estates, which is the Northeastern part of Naples, FL. About 54% of our students are on Free/Reduced Lunch. We are reaching out to local businesses, contributors to the arts, corporations and individuals to help fund the cost of this trip.”

The group has a strong history of accolades, awards, and distinct performances.  In 2011, they performed at the inaugural parade for Governor Rick Scott.  In the Lightning Tournament of Bands this year, they placed second in Best Music Performance Overall.

Unlike Washington DC marching bands, this group doesn’t have a personal political preference (or so they say).  Nor does it care that Donald Trump won.  Speaking with Naples Daily News,  Collier Public Schools Superintendent said,

“It doesn’t matter who won. It’s a historic moment.”

As of writing, the group has raised only $5,320, less than 5% of its $135,000 goal.  However, the group did manage to raise that amount in just one day with 75 backers.  Yet, the band only has until January 2nd to raise the funds. This is Collier County’s first ever band to participate in a presidential inauguration.

“We want every student to participate, but the cost of the trip is beyond the means of many of our working-class families.”