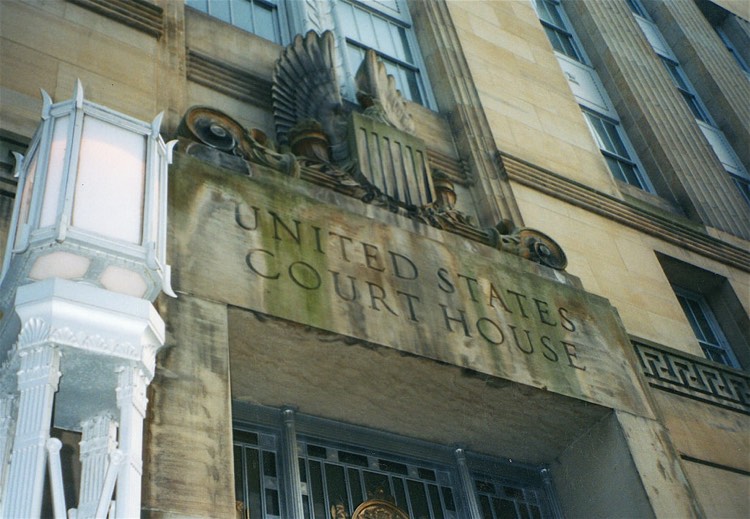 The Piano Guys not only decided to play Trump’s Inauguration, they also featured a One Direction song.  Now, the person who wrote that song is vowing legal revenge.

Now, the Piano Guys may be paying some of that back to One Direction.

The members of 1D were apparently shocked to find the Piano Guys playing their song, ‘What Makes You Beautiful’.  And so were their fans: right after the Piano Guys covered the song, One Direction fans stirred into action online.  Many were confused, thinking One Direction had granted permission in support of Trump (they didn’t).

Maybe that’s because the Piano Guys made ‘What Makes You Beautiful’ their full-blown opener.

Separately, the group also covered ‘Fight Song,’ written by Rachel Platten.  That was Hillary Clinton’s campaign anthem, sparking a huge protest from Platten.  Indeed, many fans now view this as a direct political attack by the Piano Guys.  Somehow, in their mission to heal a wounded nation, the Piano Guys picked the worst songs imaginable.

+ Why We Agreed to Play at Donald Trump’s Inauguration

Adding insult to injury, those covers are generating pennies for One Direction and Platten (literally).  The Piano Guys, by contrast, raked in an estimated hundreds of thousands of dollars — each — for playing the Trump gig. 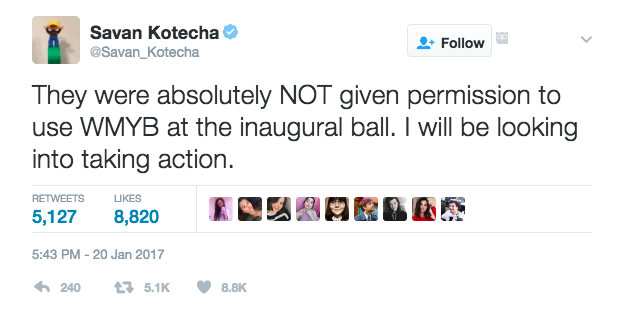 Now, the songwriter behind the smash hit is vowing revenge, starting with legal action.  Savan Kotecha, who penned the track as a loving homage to his wife, confirmed that the Piano Guys definitely didn’t seek permission.  “They were absolutely NOT given permission to use WMYB at the inaugural ball,” Kotecha tweeted after the performance.

“I will be looking into taking action.”

But what action, exactly?

US Copyright law typically allows groups like the Piano Guys to cover songs.  That includes popular works like ‘What Makes You Beautiful,’ which fall under a ‘compulsory license’ that doesn’t require the permission of the artist.  Not the most respectful thing to do, but protected under law.

That’s the default law in the music industry, though some artists have specifically threatened legal action for other forms of infringement.  That includes ‘likeness,’ which refers to the misappropriation of a band’s image without permission.  In the case of the Trump Inauguration, One Direction is now viewed as supporting the incoming President — whether they like it or not.

The Piano Guys, by knowingly using the song without notifying the group in advance, may be causing damage by implying an endorsement that doesn’t exist.

There are other reasons why the Piano Guys might be concerned.  There are now exceptions to compulsory licenses, specifically for political engagements.  A few months ago, publishing executive Monica Corton wrote about a little-known exclusion for political uses.   That’s right: songwriters can actually prohibit their music from political rallies.

+ Want to Prevent Donald Trump from Playing Your Music at Rallies?

BMI, one of the largest performance rights groups in the US, recently created an exclusion clause to prevent certain politicians from using popular music.  A string of artist complaints prompted the provision, including a series of battles between Trump and high-profile artists.

We’ve reached out to Savan to further discuss the matter.  Stay tuned.