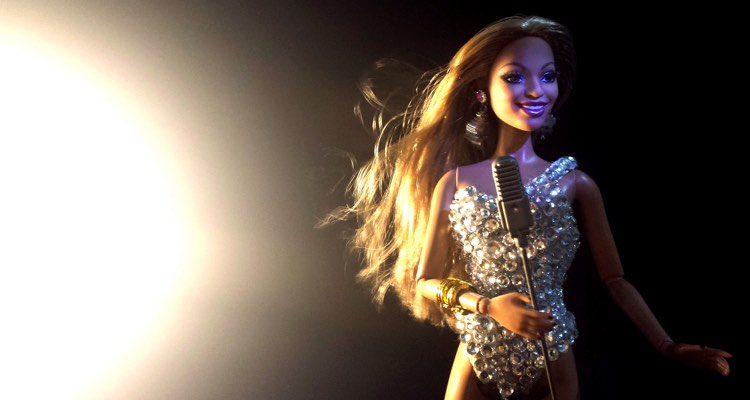 The Beyonce Knowles Doll, by Barbie. Photo: Earldan (CC by 2.0)

— Carlos Santana, when asked whether Adele deserved to beat Beyonce at the Grammys.

Beyonce tried to deny it.  Spin it away with her well-oiled PR machine.

But the hard truth was blatantly obvious: Beyonce wasn’t really singing at the 2008 Presidential Inauguration.  For the National Anthem, in front of the President of the United States.  In front of millions of people.

Under heavy pressure, Beyonce ultimately came clean.  Yes, she had lip-synched on the biggest stage, for one of the most important events of our generation.

Beyonce’s explanation was that she didn’t have enough time to rehearse, and didn’t want to mess it up.  It was too important of an event to botch, and she was in a rush.  Maybe she was working on her fragrance line, or clothing line, or whatever.  She couldn’t make the time to practice, prepare, and execute.

Aretha Franklin would never do that.  In fact, she sang the longest National Anthem on record in freezing Detroit.  She wore a woolen hat (and fur coat).

Etta James would never do that.  But somehow, Beyonce overshadowed Etta on her most classic hit, ‘At Last’.  And we’re not even sure if she was singing it!

Adele would never do that.

And that’s the biggest issue here.  Not only would Adele never lip-sync, we’ve seen hard-core proof — numerous times — that Adele is really singing.  In other words, the exact opposite of what happened to Beyonce.  Isolated mic tracks from Adele’s performances have leaked, exposing perfect live performances.  Technical glitches have emerged, proving that Adele is actually singing.  Even in sub-optimal conditions, when everything is on the line.

When Beyonce sings, we wonder: is she really singing?  When Adele sings, we know: yes, she’s really belting it out!

People gave Mariah Carey a free pass after her mic track leaked at Rockefeller Center.  But after her meltdown on New Year’s Eve, we know she’s a phony.  She isn’t putting in the work.  You know: preparing for hours, perfecting the choreography, tuning the repertoire to deal with colder conditions.

Tom Brady plays the game even if it’s 20 below.  Why can’t Beyonce and Mariah — supposedly great singers — sing below 40 degrees?

More importantly: why do we expect the Grammys — a committee of people who have dedicated their lives to music — to vote for Beyonce given that reality?

After all, the Grammy committee, NARAS, stripped Milli Vanilli of their prize after it was revealed that the duo was lip-synching.  One of the guys in the group even killed himself after the public disgrace.  Maybe that situation was more extreme.  But it was also more than twenty-five years ago.  These days, lip-synching is practically de rigueur.

But Beyonce made more of a statement with Lemonade!

Beyonce made an incredible album, a controversial album.  She took a lot of risks, and stepped out of her comfort zone to address serious and complex racial issues in this country.

Lemonade was a serious opus that took guts to create.  This is an artist who sacrificed the adoration of millions of fans (while winning new ones).  She changed as an artist, and progressed.  That’s serious stuff, and should be applauded.

But does that automatically mean that Adele didn’t make a statement, as well?  After all, Adele connected with more people, and the proof is in the numbers.  And after tens of millions of album sales and more than a billion YouTube views, Adele proved that a powerful voice can overcome so much.  Most importantly, poverty and the crippling effects of a weight-obsessed society. Not to mention a sexist music industry and media.

Beyonce was unafraid to tackle deep-rooted and complicated issues.  But how many chubby teenagers have been given hope that they can achieve something, even if they don’t weigh 98 pounds with a Kardashian rump?  How many battered self-esteems have been revived, thanks to one singer who refused to conform?

Which message is more powerful?

But Adele won by being a world-class singer, first and foremost.  That’s not to take away anything from Beyonce.  But it is a nod to the music, and the musicians who practice it.

+ Carlos Santana: Beyonce Is a Model, Adele Is a Singer