Carlos Santana: Beyonce Is a Model, Adele Is a Singer 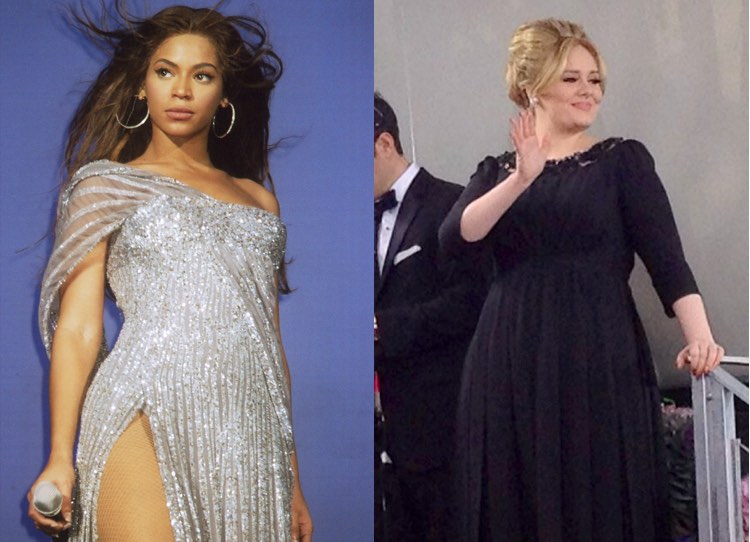 Was Beyonce really robbed at the Grammys?  Maybe the judges got this one right.

But is Beyonce really a singer?  Or just a model and entertainer?

Now, 13-time Grammys winner Carlos Santana says this all boils down to raw musical talent.  And when it comes to actual singing, Adele is in a totally different league.  “I think that Adele won because she can sing, sing,” Santana told the Australian Associated Press this morning.

The blunt comment comes from one of the greatest guitarists of all time.  And, a Grammy winning musician whose career has spanned decades, both as a soloist and member of his self-named group, Santana.  That certainly gives him credentials to comment, though the line between ‘entertainer’ and ‘musician’ is often debated.

+ Are the Grammys Racist and Outdated? Macklemore the Latest to Protest

Meanwhile, the Grammys are getting slammed with accusations of racism, largely over the ‘Beyonce snub’.  That resembles earlier charges against the Oscars, though the latest charges may be misplaced.  Among the big winners at Sunday’s awards ceremony was Chance the Rapper, who won Best New Artist.

That said, major artists were missing.  Ahead of the ceremony, marquee talent like Frank Ocean, Drake, Justin Bieber and Macklemore opted against participating.  In the case of Frank Ocean, the absence was part of a protest against a ‘racist’ and ‘outdated’ event.

That said, the 59th Grammys hardly seemed like a racist affair.  Through the evening, a multi-racial group of artists performed, with messages of unity and inclusion.  That boiled over in a rap performance that included Busta Rhymes, who publicly attacked ‘President Agent Orange’ and specifically his immigration bans.

For the record, Beyonce did claim an award for Best Urban Contemporary Album.