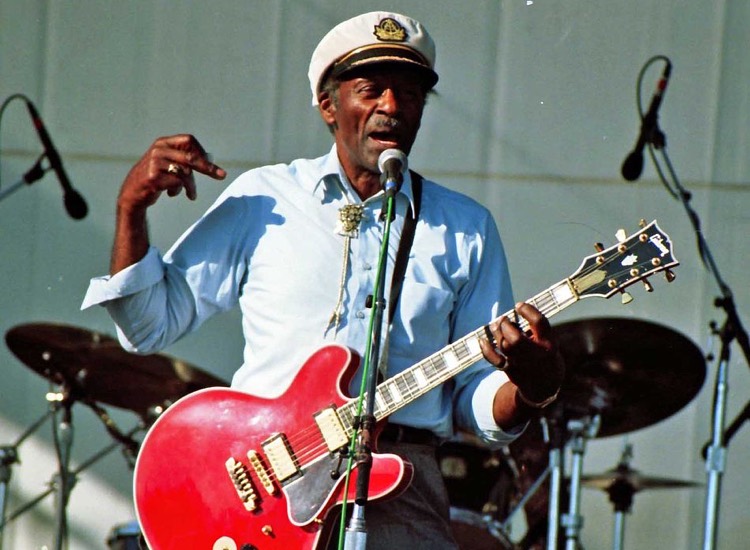 Chuck Berry died peacefully over the weekend, leaving a long-lasting legacy.  But even at 90, the rock n’ roll pioneer was working on one last album.

Most of Chuck Berry’s long-lasting classics were written in the 50s.  Hits like ‘Maybellene’ and ‘Johnny B. Goode’ are evergreens that will never fade from music history.

But Chuck Berry’s tireless musical spirit never died down.  In fact, one of the greatest legends in rock n’ roll history was still writing up until the last day of his life.

Now, Chuck Berry’s family and record label is working to release his last collection of songs.

Actually, we first wrote about the album project last October.   In fact, Chuck Berry actually teased the album a few months ago.   But after the legend passed away, the fate of that project was thrown into doubt.  Was Berry far enough along?

Now, it looks like Berry’s ‘unfinished symphony’ was finished enough, and will be released in the coming months.

The album itself will be titled, Chuck.  Here’s a just-released announcement from the Berry family.  We’re not sure of the exact release date, but expect an announcement as early as this week.

“For months now plans have been in place, and preparations have been made with our friends at Dualtone Records, to reveal further details and music from the album this week. As a tribute to Chuck Berry, and with gratitude to his fans around the world, we will be following through on those plans in the coming days.

“Working to prepare the release of this record in recent months and in fact over the last several years brought Chuck a great sense of joy and satisfaction.  While our hearts are very heavy at this time, we know that Chuck had no greater wish than to see this album released to the world.  And we know of no better way to celebrate and remember his 90 years of life than through his music.”