Chris Brown Refuses to Perform for Hundreds of Pissed-Off Fans 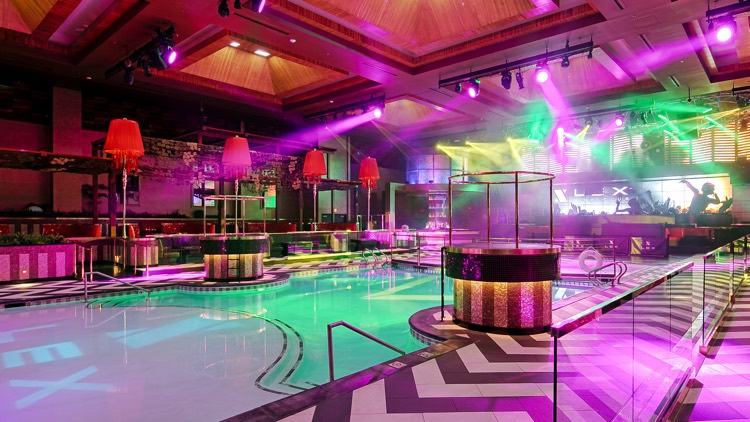 It’s another ugly situation from a downward-spiraling Chris Brown.  In the end, hundreds of high-priced ticket holders were demanding refunds.

The self-destructive and drug-addled Chris Brown had another meltdown over the weekend.  This time, the ugly incident took place in Reno, Nevada, at a swanky, high-dollar nightclub.

In the end, hundreds of high-priced ticket holders were issued full refunds after Chris Brown refused to take the stage.

The situation surfaced at LEX Nightclub, a flashy joint that features multiple rooms, VIP tables, and even an indoor ‘adult pool’.  In total, LEX sports 25,000 square feet, and hosts a number of high-profile musical superstars, including T.I. and French Montana.

After grabbing the mic briefly, Brown decided against a proper show.  The crowd quickly turned against the singer, booing and even throwing a bottle at his head.

Surprisingly, Chris Brown actually showed up for the gig, with Reno-based guests craning to get a look at the superstar.  But after a brief bout of singing, Brown went missing in action, leaving high-dollar attendees booing and smashing drinks in anger.

“We are giving all of our customers, at their request, a general admission refund for this past weekend.”

LEX blamed the entire thing on a misunderstanding, claiming that the singer technically wasn’t required to perform.  Grand Sierra Resort spokesman Mike Draper noted that the event was a celebrity ‘hosted night,’ which technically isn’t a show.

“We understand that there is still some people who do not understand what a hosted night means,” Draper relayed.  “Which is why we are giving all of our customers, at their request, a general admission refund for this past weekend.”

As a further make-good, LEX offered free tickets to an upcoming French Montana show.  Montana is not only likely to play, he’ll probably put on a great show.

The situation in Reno followed an unexpected rebound in Las Vegas.  After a messy showdown with Drai’s Nightclub, Chris Brown has returned as a resident artist.  Brown blasted Drai’s employees as ‘racist’ back in July in an Instagram tirade.