Kodak Black Is Just Days Away from Getting Out of Prison 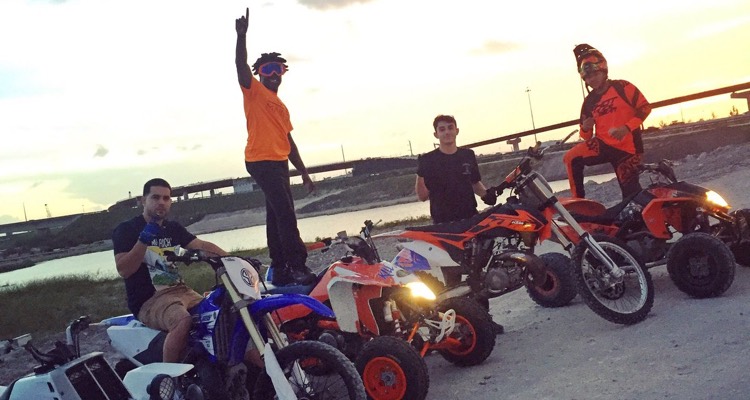 Kodak Black will soon be back on the outside.

Kodak Black could be getting out of prison in a few days.  That is, if he follows strict judge’s orders.

Last month, Kodak Black was sentenced to a one year prison term for violating probation.  Now, that sentence is about to be reduced by roughly 11 months.  That is, if Kodak Black successfully completes the last phase of a ‘life skills’ program which ends in a few days.

The change of fate was reported by Dancehall Hip Hop.  According to Black’s lawyer, the rapper agreed to complete a ‘life skills’ course and is nearing successful completion.  “Dieusen is doing great,” attorney Bradford Cohen relayed last month (Kodak’s real name is Dieuson Octave).  “He’s enrolled in life skills, and we anticipate him completing it within 30 days.”

That 30 day clock looks like it ends within a matter of days.

“After that program is completed, I believe that with his gain time and credit for the time he has already served, he should be released,” Cohen continued.

Initially, Kodak Black received a one-year sentence for blatantly violating parole.  That included a disallowed visit to a Miami strip club, as well as a boxing match in Ohio.  Neither were allowed under the conditions of Black’s house arrest.

The strip club outing opened the door for another ‘situation’.  At Club Lexx in Miami, the ‘Tunnel Vision’ rapper was also accused of assaulting a bartender, though the facts of that situation are disputed.  According to staff, the bartender grabbed Kodak Black in the genitals, potentially sparking the physical reaction.

Now, it’s up to Black to finish the last stretch of the life skills program.  Earlier, the rapper failed to successfully complete an anger management course.