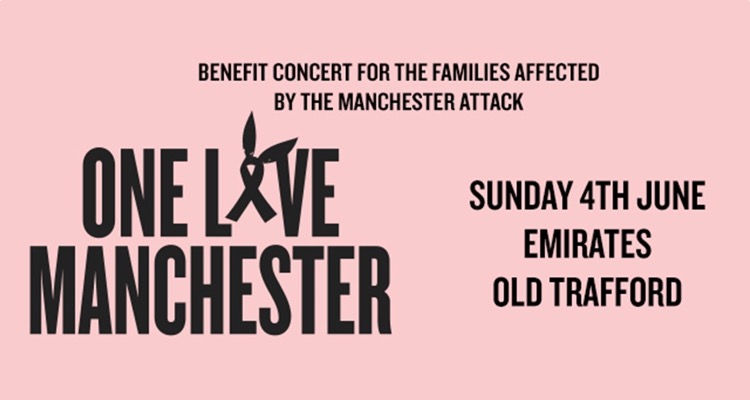 YouTube has stepped up as the streaming partner for ‘One Love Manchester,’ a concert headed by Ariana Grande.  Here are all the details.

YouTube has just finished the paperwork to globally broadcast ‘One Love Manchester,’ slated for Sunday, June 4th.  According to details just shared with Digital Music News, YouTube is absorbing all of the costs for the charitable effort.

And, for those tuning in on Sunday, here it is!

One Love Manchester is a show of unified defiance following a grisly terrorist attack at Grande’s May 22nd performance.  Grande, who retreated to US soil following the melee, hastily coordinated the benefit performance.  Now, a growing list of A-list performers are jumping in.

Here’s the latest confirmed list of artists playing alongside Grande:

That list will undoubtedly grow, so we’ll be adding names as they’re confirmed.  The benefit is happening at the Emirates Old Trafford Cricket Ground in Manchester.

The concert itself is slated for June 4th at 4 pm Manchester time, which translates into morning in America.  But YouTube’s three-hour coverage starts at 7 pm ‘BST,’ short of British Summer Time.  That translates to 2 pm New York time, and 11 am Los Angeles time.

The stream will be available on Ariana Grande’s Official YouTube Channel.

One Love Manchester quickly sold out, with those present at the original event at Manchester Arena given free tickets.  Earlier, Ariana Grande canceled the remaining ‘Dangerous Woman’ tour, citing security concerns.  Accordingly, concerns rippled over the potential message relayed by those cancellations.

All proceeds benefit the ‘We Love Manchester Emergency Fund’.  The fund is a partnership between the Manchester City Council and the British Red Cross.