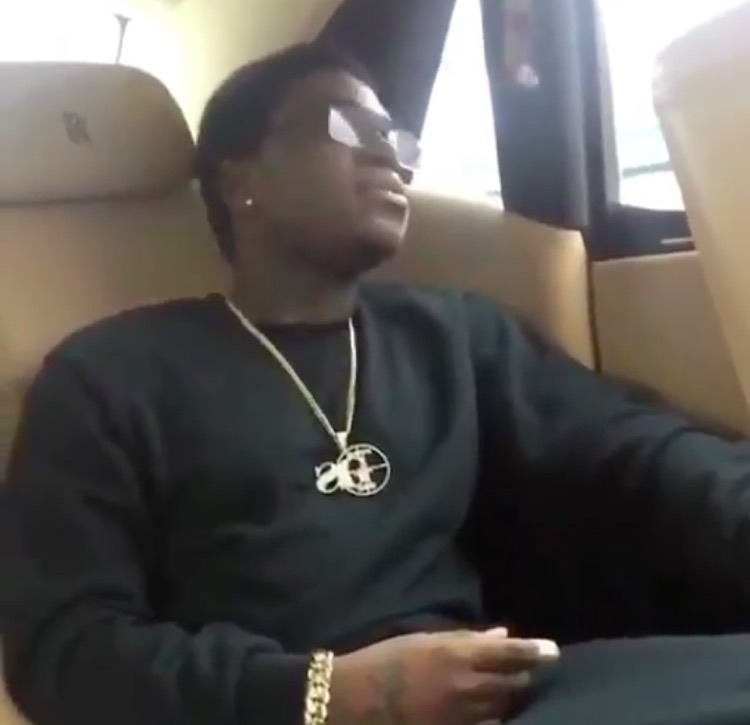 Last week, we reported that Kodak Black was just days away from being released from prison.  Now, he’s officially out (with some serious strings attached).

Kodak Black was officially released from Broward County jail this morning — though the judge put some serious strings on his release.  Initially, the rapper was sentenced to a full year of prison starting in May for violating his parole.  That sentence was shortened to about 30 days, thanks to the successful completion of a ‘life skills’ training program designed to get inmates back into society.

Now, Black is back on the outside.  But a Broward County judge ruled that rapper needed to complete a full year of strict house arrest.  Any outside activities will be closely monitored, including work-related shows and studio sessions.

Any more violations, and Kodak Black is back in the pen.

The release happened shortly after 8:30 am this (Monday) morning, according to local officials.  The rapper — real name Dieuson Octave — quickly posted video of his Rolls Royce chauffeured ride from the joint.

Now, the question is whether Octave can keep it clean.  As a result of multiple problems with the law, the 19 year-old Kodak Black has experienced serious setbacks.  That includes a canceled slot on Future’s Nobody’s Safe tour (he was replaced by A$ap Ferg).

That said, Black’s touring career is basically nonexistent.  For starters, the rapper can’t leave the house without permission for a full year.  Though Black isn’t necessarily paying those rules any mind.