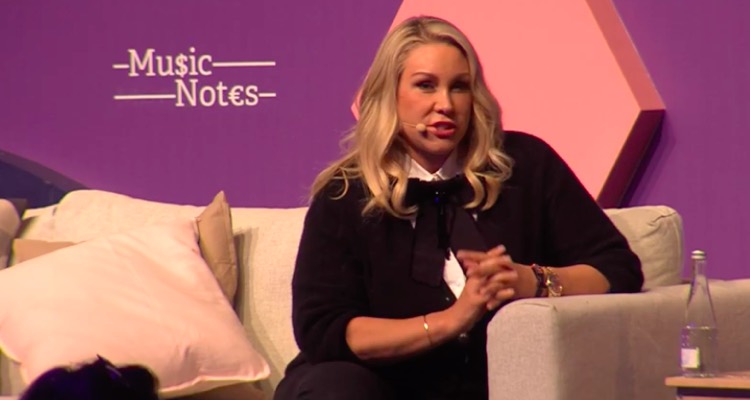 The move comes several months after Variety obtained an important recording about the former executive.  She had served as an Executive Producer on A Star Is Born.  Parry had also served at the company’s film and TV production division since 2015.

A horrific – and overlooked – pattern of abuse.

Speaking on condition of anonymity, employees described her as “manipulative, demeaning, and verbally abusive.”

“Black people, you can’t count on them for anything.”

Joseph Shepherd, a former Digital Producer at Live Nation Productions, made similar claims.  Following several months at the company, he resigned, requiring treatment for anxiety and “other ailments.”

“I was degraded daily by her.  She felt like she was OK to say those things.”

Several assistants also described similar tales of abuse.  One suffers from panic attacks, with Parry once allegedly throwing at iPhone charger at her.  Another employee, which saw the incident, reported the event to Live Nation’s HR department, which apparently did nothing.

On the weekend, she would apparently force employees to answer their phones, making extreme demands.  This included forcing a former production employee to arrange her underwear drawer and oversee her home remodeling job.

Prior to joining Live Nation, Parry served at Happy Madison Productions, where executives also overlooked her abusive behavior.  She would berate assistants for minor slip-ups.

Eric Lucht, an assistant, summarized his time working with Parry.

“It was just a meat grinder.  I was a shell of a person by the time I was done working there.”

Booting an emotionally violent element from the company.

To investigate the horrific claims, Live Nation had placed Parry on leave and hired an outside firm, Paul Hastings LLP.

Elena Beca, the lead investigator, interviewed multiple current and former employees.  That investigation also reportedly included an attempt to discover the source of the leaks.

“Heather Parry will be leaving Live Nation, effective immediately.  Live Nation is committed to the Live Nation Productions division and to our pipeline of artist-driven projects which will be led moving forward by current executives Ryan Kroft, Matt Stein, and Chad Wasser.”

The entertainment promoter added that the internal investigation failed to substantiate claims of Parry’s alleged homophobic and racist remarks.

According to Variety, Parry’s forced exit leaves multiple projects in limbo.  These include a David Bowie IMAX experience and a TV series about moms who raised rock stars.

Speaking about her firing, Parry described herself as ‘tough’ and remained unapologetic.

“As a boss, I’m tough and brutally honest, and through this process, I have learned how I can go about being not only a more effective leader, but a better person.

“I’m humbled and will grow from this experience, and I look forward to continuing my career as an independent producer.”