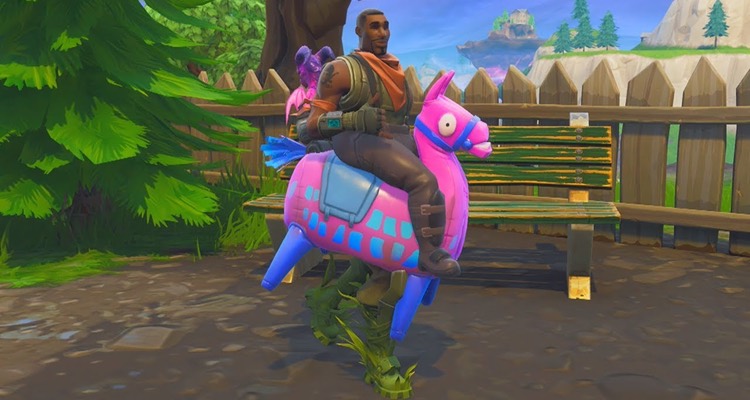 Epic Games is facing yet another lawsuit over its use of a dance in the wildly popular online game, Fortnite.

This time, two former University of Maryland basketball players are suing over the use of the ‘Running Man’ emote in the game, which you can see in the video below.

The pair say they popularized the dance in 2016 and are suing Epic Games for copyright infringement.

Jaylen Brantley and Jared Nickens filed the lawsuit over a dance they created for the Running Man Challenge.  The duo gained some serious publicity online, and later appeared on The Ellen Degeneres Show to perform the dance on TV.

Brantley and Nickens are arguing that the Fortnite dance is similar enough to their moves.  Now, they’re demanding compensation to use it, and arguing that Epic is behaving in an exploitative manner.  A cornerstone of the lawsuit states that Epic has “consistently sought to exploit African-American talent, in particular in Fortnite, by copying their dances and movement.”

That’s a point that many rappers and other creatives have argued online. When rapper 2 Milly launched his lawsuit against Epic Games for Milly Rock, Chance the Rapper weighed in.

Fortnite should put the actual rap songs behind the dances that make so much money as Emotes. Black creatives created and popularized these dances but never monetized them. Imagine the money people are spending on these Emotes being shared with the artists that made them

Epic Games is now facing countless individual lawsuits from creators of popular dances. Fresh Prince star Alfonso Ribeiro is suing over the appearance of ‘The Carlton’ dance that was popularized on the show. Rappers 2 Milly and BlockBoy JB are both suing over their respective moves.

Even viral social media stars like the Orange Shirt Kid and Backpack Kid are suing over the dance emotes.

Whether these lawsuits hold any weight in court remains to be seen.  Just this week, the U. S Copyright Office argued that Ribeiro’s submitted copyright for ‘The Carlton’ may be invalid since the NBC network technically owns the dance.

The same could be argued for the Running Man dance, given that an entirely different set of people created the challenge itself.

For now, the lawsuit argues that Fornite is divorcing these dance moves from their cultural context.  Currently, the dances are more closely associated with the game.

But is that a copyright violation that deserves compensation?

Check out the copy of the lawsuit below.