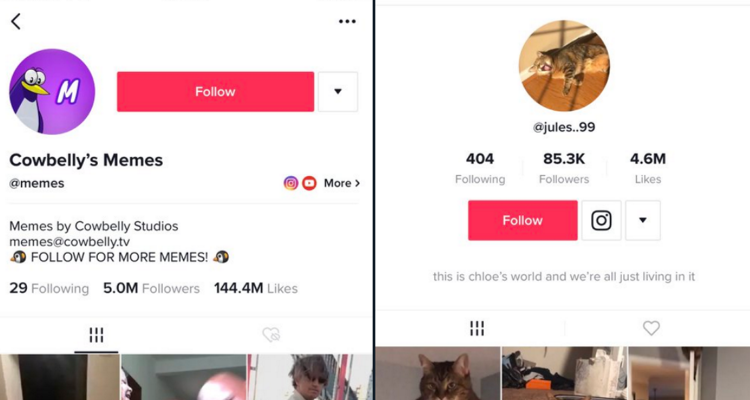 TikTok is testing a new profile redesign that looks wholesale lifted from Instagram.

The new TikTok profile screen moves avatars and followers to the left. It also places more emphasis on user biography information, much like Instagram and Twitter.

A TikTok spokesperson has confirmed the company is working on a profile redesign.

“We’re always looking for ways to improve the user experience on TikTok. We are currently testing profile designs and functionality to ultimately give users more ways to personalize and engage with their profiles.”

It sounds like TikTok wants to make it as easy as possible for users to transition away from Instagram.

While it is tempting to admonish TikTok for the practice, it’s something Instagram has engaged in itself. Instagram was the first social media network to copy Snapchat’s Stories feature. That feature is now standard across several social networks.

Rumors last year suggested Facebook tried to buy TikTok. Facebook faces a dilemma where must young people between ages 18-24 are leaving the platform in droves. Data from August 2019 suggests less than 10% of that age bracket uses Facebook.

Perhaps more alarming: fewer than 2% of 13-17 year-olds use Facebook.

Facebook is trying to out-do TikTok by offering a similar app in other countries. Last year it announced it would be testing a video editing platform in Brazil called Reels. Reels copies TikTok’s features like speed adjustment and borrowing audio from other videos. Facebook is also testing another TikTok clone called Lasso, though it has only caught on in Mexico.

Also Read:  Quibi Officially Launches — But Is There a Market for Mobile-Only Videos?

Social media companies are continually copying from one another. Facebook is likely to respond with a TikTok-like short-form video editing feature for Instagram in the coming months.