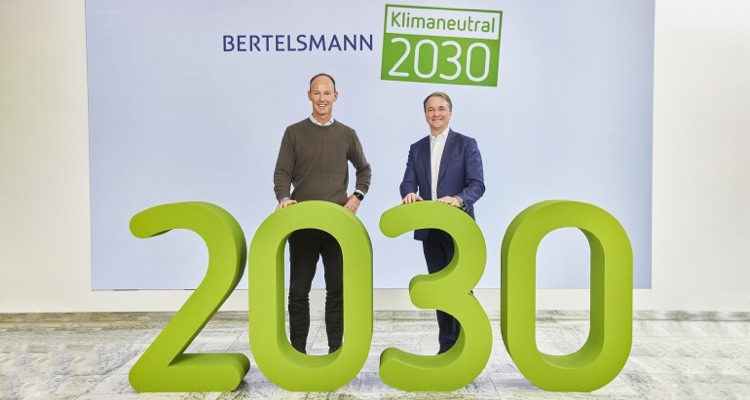 The multibillion-dollar conglomerate announced the commitment via a formal media release. Bertelsmann also indicated that the initiative would be undertaken as part of Science Based Targets, a climate-awareness organization that aims to reduce businesses’ emissions and carbon footprints. Over 800 other companies have set lower emissions targets through SBT.

To bring about a 50 percent dip in greenhouse gases and reduce CO2 emissions by approximately 500,000 tons during the next decade, Bertelsmann will implement “100 percent green electricity,” work to enhance energy efficiency, form partnerships with other green companies, and install “additional solar systems.” Factoring for the mentioned reductions, Bertelsmann expects to offset any remaining carbon dioxide naturally, thereby becoming carbon neutral.

It was also acknowledged that because Bertelsmann owns such a large variety of companies (well-known publisher Penguin Random House and RTL Group, one of Europe’s most prominent television and radio brands, besides BMG), some subsidiaries may take longer to achieve carbon neutrality than others.

Speaking of the carbon-neutral pledge, Bertelsmann Chairman and CEO Thomas Rabe said that his company is “taking responsibility in the battle against climate change and global warming.”

Though BMG’s carbon-neutral goals are decidedly more ambitious than those of any other music-industry company or artist, some are taking their own steps towards eco-friendliness.

In November of last year, Coldplay halted future touring so that they could devise a plan to make each of their shows environmentally sustainable, with an emphasis on carbon neutrality. (The corresponding plans are still in the works; Coldplay stated that the figuring and calculating could require multiple years.)

And in July 2019, Radiohead and other UK artists rallied behind Music Declares Emergency, which strives to make the music industry’s business practices and standards more eco-friendly. Notably, AEG Presents, IMPALA, and Sony Music UK, among others, are also supporting Music Declares Emergency, though it’s unclear what concrete progress the group’s organizations, companies, and artists have made towards their overall objectives.

Bertelsmann indicated that their ongoing environmental-sustainability efforts would be gradually ramped up and optimized to meet the 2030 target.