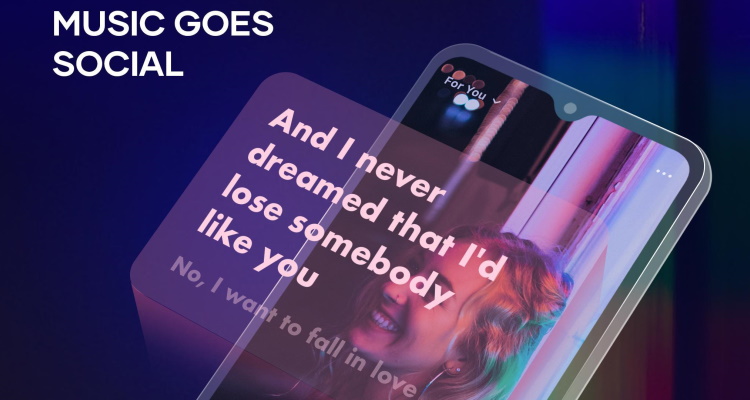 Though the platform bears some similarities to TikTok, it’s been tailored to resemble leading streaming services in terms of payments and subscription options. For instance, instead of being completely free to download and use (as TikTok is), Resso utilizes a freemium model.

There’s no upfront cost to install the app, but the default version plays music at 128 kbps and features ads, while the paid version (which costs $1.35 per month on Android devices and $1.62 per month on Apple units) lacks ads and boasts audio quality of 256 kbps.

Despite closing deals with numerous independent labels as well as Sony Music and Warner Music, ByteDance was unable to agree on terms with Universal Music.

Accordingly, the catalog of the world’s largest music company is consequently absent from the Resso app. It’s unclear at this time if talks between the companies are simply in-progress, or have stalled altogether.

Also worth noting is that 10 percent of UMG is owned by Tencent, a Chinese conglomerate that is battling against ByteDance on several fronts. Tencent may well have used its new corporate influence to prevent UMG’s catalog from making its way onto Resso.

More broadly, UMG recently made sweeping changes to its executive team in India, and it’s possible that this reshuffling (and the Resso snub) is indicative of an imminent strategic shift in the region.

An ever-growing collection of music-streaming platforms are vying for a share of India’s increasingly lucrative music market. Last month, it was reported that Indian music-streaming platform Gaana had further cemented its status as the country’s leading music service, with over 150 million monthly users. Its closest competitor, JioSaavn, has an estimated user base in excess of 100 million individuals.

Anghami, a streaming service that caters to North Africa and Middle East residents, is fielding several multimillion-dollar buyout and equity options. And Africa’s leading streaming service, Boomplay, has signed agreements with the Big Three labels, in addition to attracting over 60 million users.

Resso is still being tested in Indonesia, and it’s expected to have a full release there — and possibly in other countries — sometime later this year.