JioSaavn Drops Subscription Prices by 75% to Undercut Spotify In India 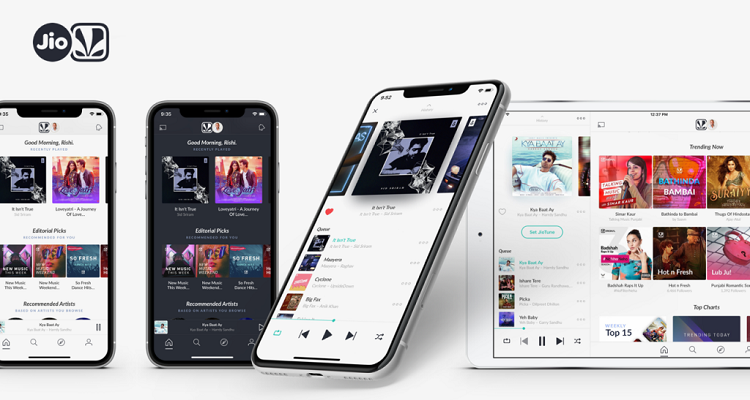 Taking on Spotify and YouTube Music, JioSaavn may have permanently reduced its annual Pro subscription price.

It’s no secret that Spotify has launched in India, albeit with a certain major legal battle still unresolved.

It also isn’t a secret that in order to compete and finally gain subscribers, YouTube Music has also rolled out in the country, undercutting Spotify’s pricing.

The Indian music market remains a tough nut to crack.

According to the International Federation of the Phonographic Industry (IFPI), India will soon emerge as a top 10 global music market.

Gaana, the market leader, currently boasts over 80 million users in the region.  Keep in mind India has around 150 million total music app users (and rising).

Like Spotify, Gaana offers music fans two tiers of service: a free, ad-supported service and a subscription-based model.  The company reportedly brings in $5 million in revenue each year.  Despite having millions of users on the service, however, its CEO admitted Gaana’s paid subscriber base is in the lower single digit million mark – it has yet to pass 10 million.

Hungama, another strong competitor in India, has recently confirmed its user base had grown 48% last year alone.  The service also had a 22% increase in average listening time.

Yet, most users can’t afford to spend money just to stream music.  In addition, very few Indians own a credit card.

After all, telecom companies in India have barely rolled out high-speed internet to users.

Prior to Spotify’s launch, Saavn and JioMusic merged last June.  So, to attract consumers, Reliance Jio offered cheaper data plans to users.  Prior to the merger, JioMusic was only available to Reliance Jio SIM users.

Unlike the Swedish streaming music giant, however, JioSaavn has over 900+ label partnerships, including Sony, Universal, and Warner Music.  The streaming music service has a catalog of over 45 million songs and original content in 15 languages.

Now, to stay ahead of the competition, JioSaavn has enticed local music lovers with a brand new deal.

According to a new report, the Reliance-owned music service has lowered its annual subscription price by 75%.

According to a separate report, JioSaavn Pro’s new deal will just cost Rs 299 ($4.34) for the first year.  Then, the annual subscription price will increase to Rs 399 ($5.79) for the following year, suggesting the deep discount may be permanent.

“The plan change started to appear probably from earlier this week.  This leaves a divide among the music streaming apps with @spotifyindia, @AppleMusic, and @youtubemusic now hovering in the more ‘premium’ Rs 999+ territory.”

But, with few Indians owning credit and debit cards, will this strategy work?