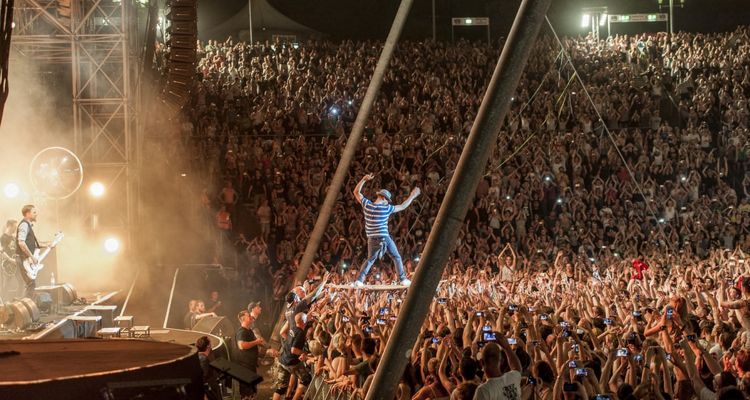 German Chancellor Angela Merkel announced small steps to begin re-opening the country. Smaller shops will be allowed to open next week, with schools restarting in early May. Most of Germany’s restrictions will remain in place until May 3rd. Restaurants, gyms, and bars are still closed.

Large events like music concerts, festivals, and soccer matches are banned until August. Merkel says Germany is taking small steps to re-open its economy. She met with the country’s 16 state leaders on Wednesday. Germany is doing comprehensive testing on its citizens, resulting in a lower fatality rate.

Contact restrictions in Germany were imposed nearly a month ago and were to remain in place until Sunday. Merkel held a four-hour meeting via video conference to help layout re-opening plans.

While Germany bans festivals through August, small shops will re-open next week.

Health officials in Germany are urgently recommending face masks on public transport and while shopping. Germany’s rules on social distancing will continue under the re-opening. The country hopes to scale its testing up from 650,000 tests a week.

Some companies and industrial groups aren’t happy with the timeline, though. They’ve urged the German government to move more quickly to re-open the country. But those efforts have met heavy resistance among health officials. Companies suffering shutdowns and facing debt say they need a faster exit from the shutdown.

The European Commission said on Wednesday that companies shouldn’t expect business as usual until a vaccine is available.

Those comments echo the sentiment from health officials here in the United States. Dr. Anthony Fauci says sports may return in a limited capacity with no audiences. But large gatherings like music concerts and festivals may be off the table until 2021. Will more European countries join Germany, France, and Belgium in banning large gatherings?