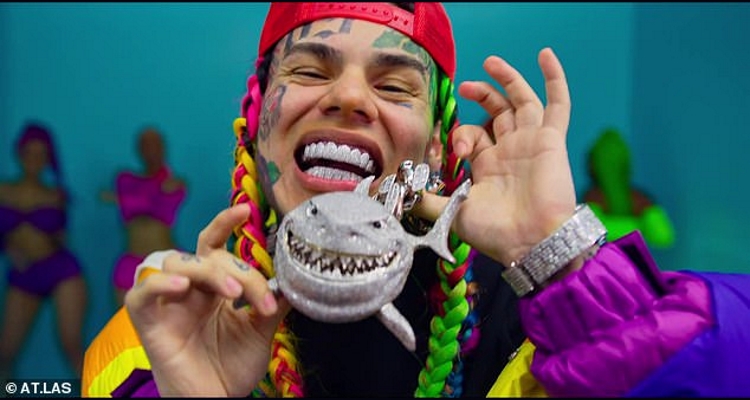 Following his release from prison last month due to coronavirus, Tekashi 6ix9ine is back with a new single.

Tekashi 6ix9ine’s cooperation with the feds led to charges against gang leaders. In return, he received a much lighter sentence of only 24 months. Now due to the spread of coronavirus, Hernandez is serving his sentence under house arrest with federal supervision.

On May 8th, he dropped his first music video for a new song – highlighting his house arrest ankle monitor. The video is called ‘GOOBA’ and runs for only two minutes with a simplistic beat. But that doesn’t stop Tekashi 6ix9ine from putting his haters on blast. He even references himself as a snitch by dubbing a CGI rat over his face.

Catch the video below. Since it launched on YouTube, it has racked up nearly 100 million views.

Meanwhile, Meek Mill has been hugely critical of Tekashi 6ix9ine working with the feds. He writes on Twitter, “I hope that rat will live to apologize to the people he told on or the victim.” He also drew comparisons to the death of Nipsey Hussle, who was killed by Eric Holder. Nipsey’s killer also allegedly worked with the feds for an early release.

Tekashi 6ix9ine quickly fired back on Instagram, “Imagine having a newborn baby come into the world & be pressed about a Mexican with rainbow hair.”

The rapper will have his GPS ankle monitor for the first four months of his house arrest. He may only leave his home to seek medical treatment or visit his attorney – but what’s the difference in coronavirus quarantine?