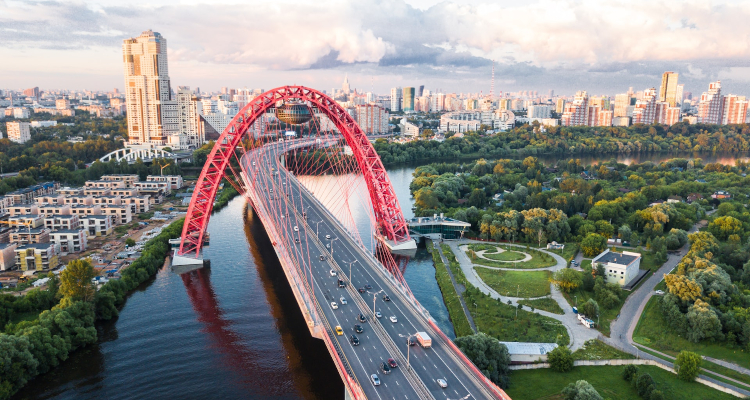 Spotify’s growth spurt has spread into Russia and 12 other European nations.

Accounting for this 13-country rollout, residents of 92 nations can now use Spotify, which, like many other music industry companies, has moved to bolster its international presence in recent months. To be sure, competing streaming service Apple Music announced in April that it had debuted in 52 more nations, thereby upping its global reach to 167 countries.

Spotify’s announcement emphasized the prevalence of streaming in Europe – over a third of the platform’s 286 million or so monthly active users (MAUs) are based out of the continent – and in Russia specifically. Per the release, an impressive “87 percent of fans in Russia now access music through streaming,” as compared to a 61 percent worldwide music streaming service adoption rate and a 68 percent adoption rate in the United States.

Speaking of his company’s heightened reach in a statement, Spotify VP of Markets and Subscriber Growth Gustav Gyllenhammar said: “Launching in these 13 markets is an important moment in Spotify’s journey, especially as we welcome fans and artists in growing music markets like Russia, where streaming is being widely adopted and where we see a significant opportunity for Spotify.”

Plus, Spotify indicated in the release that it has established 200 new playlists, showcasing artists and popular music from the aforementioned countries, that are available to all users. Russian-language personalized playlists (such as Discover Weekly and Daily Mix) are also live in Russia.

On the day, Spotify’s stock (SPOT) saw its per-share price grow $1.61, and at the time of this writing, after-hours trading had delivered a slight gain of $.70 per share. Though far from Spotify’s 52-week-high stock value of $285.40, the figure represents a sizable hike from the $246 that SPOT touched early this morning.

Spotify’s stock began gaining in May, after it was revealed that the platform would become the exclusive home of The Joe Rogan Experience (JRE). Further valuation jumps (representing all-time-high price points) arrived with the announcement of podcasts from Kim Kardashian West and the DC Comics world, and Spotify’s market valuation cracked the $50 billion mark.

Goldman Sachs has set its SPOT target price at $280 per share, and RBC Capital Markets has adopted a similarly positive outlook with its $320 target price. However, some financial professionals – including Bernstein’s Todd Juenger – hold a more skeptical opinion of the Stockholm-based brand’s podcast earning potential and long-term profitability.