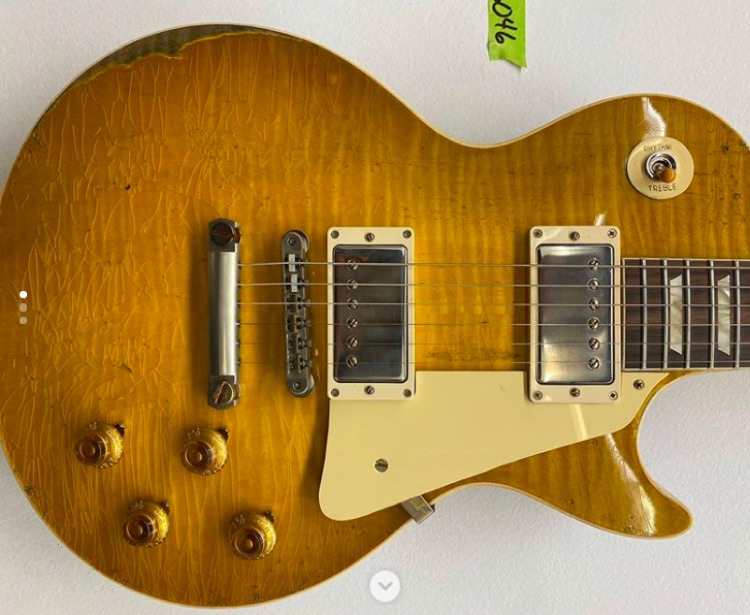 Gibson has unveiled technology that can make its newly crafted guitars look “aged” and worn.

Gibson CMO Cesar Gueikian recently posted images of the guitars’ prototypes – solely the front of their bodies, that is – on Instagram. Aging specialist Tom Murphy, who has headed the Gibson Custom Shop’s aptly named Murphy Lab since December of last year, created the “aged” Les Pauls and the underlying technology. Given the inherent difficulty associated with making a new instrument appear old, the eye-catching guitars look surprisingly authentic.

In response, some fans specified (in the Instagram comments section) that they can’t wait to get their hands on one of the units; a seemingly smaller number of commenters voiced their dissatisfaction with the instruments’ aesthetic nuances. In any event, Gibson hasn’t stated when the artificially aged guitars will become available for purchase.

Separately, one individual asked Cesar Gueikian: “Is Epiphone going to expand on their USA line, or is it just the two modes?” Gueikian, who has served as CMO since October 2018, responded to the inquiry with a decidedly non-committal “maybe.”

Last month, Digital Music News was first to report that Gibson had offered a $59,000 reward for a missing shipping ledger concerning rare, late-1950s guitars, including the often-faked 1959 Les Paul. The ledger would make it dramatically easier to distinguish authentic units from counterfeits, but despite the reward, no one has come forward with the resource and/or pertinent information about its location. Gibson also indicated that the documentation has been missing for “at least” three decades.

Back in March, towards the domestic onset of the COVID-19 pandemic, Gibson announced the temporary closure of its production facilities in both Tennessee and Montana, besides revealing that it would provide each impacted worker with a $1,000 bonus. Needless to say, this headline was much more positive than that which the Nashville-headquartered brand faced one year ago, when a leaked video showed the company-sanctioned destruction of hundreds of unsold – and entirely new – Firebird X guitars. Carefully arranged on the ground, the unused guitars were broken by heavy construction equipment.

Gibson subsequently signaled that the “unsalvageable” instruments “were unable to be donated for any purpose.” However, comments made by a former Gibson employee suggested that the ruination of guitars was a regular occurrence during his six years with the company.

In other guitar-making news, we recently reported on the innovative marketing practices of Lava Music, a Hong Kong-based startup that strives to craft high-quality and budget-friendly instruments.