Spotify Experimenting with Karaoke Feature as Twitch Sings Shuts Down 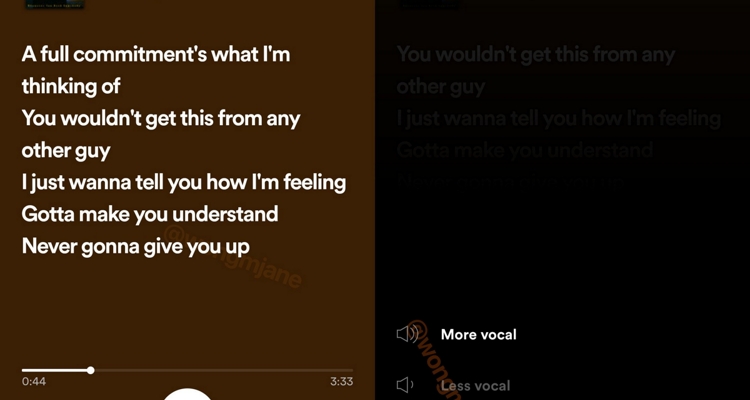 Just a few days after Amazon announced that Twitch Sings is shutting down, Spotify is moving into karaoke.

Noted app reverse engineer Jane Manchun Wong revealed the tweet as part of a series of Twitter threads. Digital Music News reported on a round-up of new Spotify features that may come soon yesterday. Some of those new features include auto-refreshing playlists and limited offline listening for free users.

Of course, reverse engineering apps predicts new features long before they arrive. Wong correctly predicted the arrival of video features in Spotify, several months before the Canvas feature went live. It’s unclear when Spotify will roll out its karaoke mode, but now would be a good time to capitalize on it.

Twitch says they are going to “invest in broader tools and services that will help support and grow the entire music community on Twitch.” That’s a pretty non-answer on Twitch’s part – especially since it is slammed with DMCA complaints.

Back in June, Twitch confirmed it had received a massive DMCA takedown request spanning two years’ worth of content. Soon, popular Twitch streamers began getting DMCA takedown notices and temporary bans. Now, Twitch streamers can be permanently banned if they receive too many DMCA complaints. These complaints arrive because Twitch has no music licensing deal in place with the ‘Big Three’ music publishers.

When asked why Twitch has secured no music licensing deal, Amazon CEO Jeff Bezos told Congress he didn’t know. The blase answer to a serious question has sparked tough questions from those within the music industry.

Twitch has built an audience that relies on music for entertainment – but those artists aren’t compensated for their work. Spotify moving into karaoke territory may attract new users from other music services. App-based karaoke is a growing business, and Spotify’s entry makes a lot of sense.

Tencent Music Entertainment’s WeSing app is huge in China. The karaoke app generates 10 million new recordings a day. It also reportedly accounts for 77% of China’s karaoke users. Tencent is working on expanding WeSing’s reach outside of China. They recently entered into a strategic partnership with Thailand’s GMM Grammy.