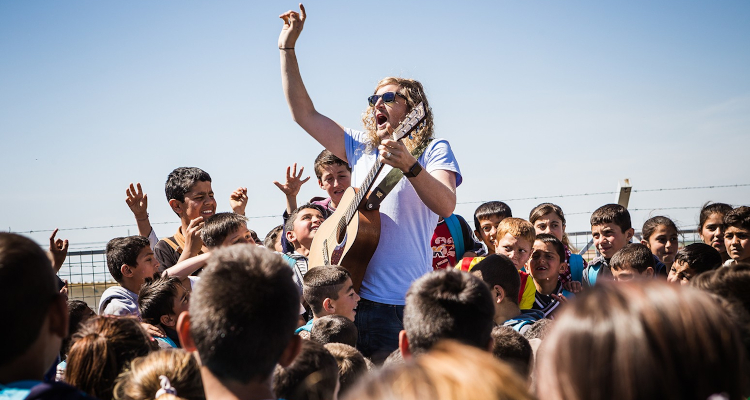 Sean Feucht unveiled the event – one of four that he’s scheduled for today, following a number of other protest shows throughout the year as well as a “Skid Row Outreach” happening last night – on his website and on social media. The 37-year-old singer-songwriter will host the three-hour-long function in Valencia, California, with an expected wrap time of 12 AM.

As part of his social-media message announcing the New Year’s concert, Feucht posted a brief promotional clip and called on his followers to attend the show “in person or online.” Predictably, discussions from Twitter and Instagram users (both in favor of and against the performance) seem heated, and more than a few individuals are encouraging the Montana native Feucht to put the gig on ice.

“MURDERER!! You are KILLING people. F–k you and your super spreader event! Stay the f–k home!!” wrote one vocal critic of the protest.

“People have a choice to be there or walk away. I hope those who are hating don’t go see friends when noone’s looking. Practice what you preach,” penned another person.

Separately, in what could be indicative of an imminent yearend confrontation between tonight’s attendees and counter-protesters, many are continuing to weigh in on clashes that unfolded at the aforementioned Skid Row Outreach event yesterday evening.

To be sure, a Facebook group called “Resistance Blockade Against Biological Warfare!” formed “to resist the incursion” that was the Sean Feucht Skid Row Outreach gathering. Counter-protesting activists’ cars stretched “several blocks,” and multiple verbal disputes appeared to break out between the opposing parties.

“While distributing meals to the homeless on Skid Row, our team was assaulted with smoke bombs, pepper spray & death threats,” Sean Feucht wrote in part on Twitter this afternoon. Worth noting, though, is that Feucht himself “never showed up” at the occurrence, according to a local report. (Multiple other musicians played for the assembled crowd, however.)

About one week back, Los Angeles-based rock band Steel Panther made headlines for playing a series of packed shows in Florida – including a gig in Orlando, where Youngboy Never Broke Again also performed, earlier in December.

The Ohio Investigative Unit issued multiple citations to a Columbus nightclub that hosted a Trey Songz concert on the evening of NBA Youngboy’s controversial set; the venue was later shut down for the alleged COVID-guideline violations. And with coronavirus lockdown restrictions still in place, many artists and fans are enjoying live music experiences with drive-in concerts.