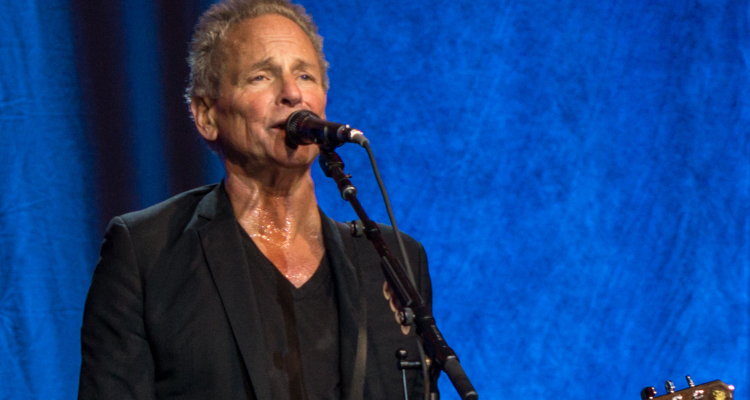 One day after announcing that it had acquired the 259-song catalog of veteran producer Jimmy Iovine, Hipgnosis has purchased the publishing catalog of longtime Fleetwood Mac lead guitarist Lindsey Buckingham.

Hipgnosis execs unveiled their fund’s latest high-profile acquisition – encompassing the entire 161-song catalog of Lindsey Buckingham as well as a 50 percent publishing interest in his future works – today. The 71-year-old Buckingham penned a number of Fleetwood Mac tracks across his 33 total years with the band, including “Monday Morning,” “Second Hand News” (the opening song on the group’s ultra-successful 1977 album Rumors), and “Go Your Own Way,” to name just some.

Additionally, the Palo Alto native has released six solo albums to date, and wrote or co-wrote all but two of the tracks on 2017’s Lindsey Buckingham Christine McVie, which featured four Fleetwood Mac members (including Buckingham and McVie). The financial terms of the Hipgnosis-Buckingham deal haven’t been publicly released, but the UK-based song investment company evidently outbids competing buyers in many instances.

As an interesting aside, however, Stevie Nicks – who joined Fleetwood Mac with Buckingham in 1975 but clashed with the guitarist ahead of his 2018 departure from the band – closed a reported $100 million publishing deal with Primary Wave about one month ago. Separately, despite exiting the group following a contentious lawsuit, Lindsey Buckingham has also embraced the TikTok trend that saw many younger fans create videos featuring “Dreams.”

Time will tell whether the three-year-old Hipgnosis’s risky – and, in turn, potentially lucrative – bet on the long-term earning potential of music IP pays off. But by announcing two major catalog acquisitions this early in 2021, following an extremely active 2020, the Merck Mercuriadis-founded entity looks to have signaled that further purchases (and heightened leverage) are forthcoming.

According to Hipgnosis’s newest half-year report, which released in December, the London-headquartered entity had invested north of $1.6 billion (£1.18 billion) as of September 30th. 63 catalogs were added to the company’s roster during the six-month period, bringing the grand total of purchased assets to 117 catalogs and 57,836 tracks.

Net revenue touched $61 million during the stretch (£44.8 million), while an “independent valuer” determined that the “fair value” of Hipgnosis catalogs hiked by $155.6 million (£114.2 million). Notably, the text also specified that Hipgnosis’s investment adviser, The Family (Music) Limited, is presently “in advanced stage discussions on an investment pipeline of over £1 billion [$1.36 billion].”

At the time of this piece’s publishing, Hipgnosis stock, traded as SONG on the London Exchange, was down about four percent from yesterday’s close, with shares trading for $1.68 apiece.