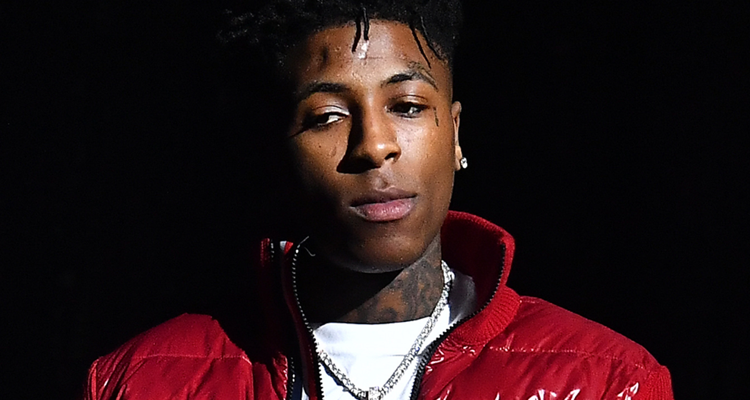 The rapper, real name Kentrell Gaulden, was in a car that was stopped yesterday by police. The rapper reportedly has an outstanding federal warrant for his arrest. After a short pursuit in the car, the rapper tried to flee on foot. Police called in a K-9 unit to track down the rapper. He was arrested and taken into custody around 1 pm on March 22.

In September 2020, Gaulden and 16 others were arrested on drug and firearms charges in Baton Rouge. The Baton Rouge police were ordered to return more than $40,000 in cash, a $300,000 cashier’s check, and two diamond chains seized during that raid on a music video shoot. NBA YoungBoy was freed on a $75,000 bond.

Gaulden currently lives in Los Angeles after being evicted from his home in Louisiana. He filmed a music video in the house, which violated his lease agreement. NBA YoungBoy was YouTube’s most viewed rapper of 2019, beating out major pop stars like Drake, Post Malone, Billie Eilish, and Taylor Swift.

News of the arrest broke on social media after Yaya Mayweather posted. “My day has been completely ruined,” the post begins. Earlier this year, Yaya gave birth to YoungBoy’s son, Kentrell Gaulden Jr. Gaulden is currently under federal investigation following that September 2020 arrest in Louisiana.

During that arrest, drugs like marijuana, hydrocodone, and several handguns and rifles were seized. Despite being on the set for shooting a music video, the rapper maintains none of it belonged to him. He’s a convicted felon, so he cannot own a firearm according to state and federal laws. While no formal charges were handed down at the time of that arrest, he’s obviously not out of the woods yet.

If NBA YoungBoy faces jail time, it could put a damper on his growing career. He’s not the only rapper subject to charges from the FBI, either.

Lil Wayne was arrested for possessing a gold-plated handgun on his private plane in Miami. He pled guilty to illegally possessing the .45-caliber handgun while traveling. An anonymous tip led officers to the airport to search the private plane. The FBI Miami assisted in that face, and Lil Wayne faced up to ten years in prison if charged. Tekashi 6ix9ine also faced investigation and ultimately landed in jail over illegal weapon possession charges.