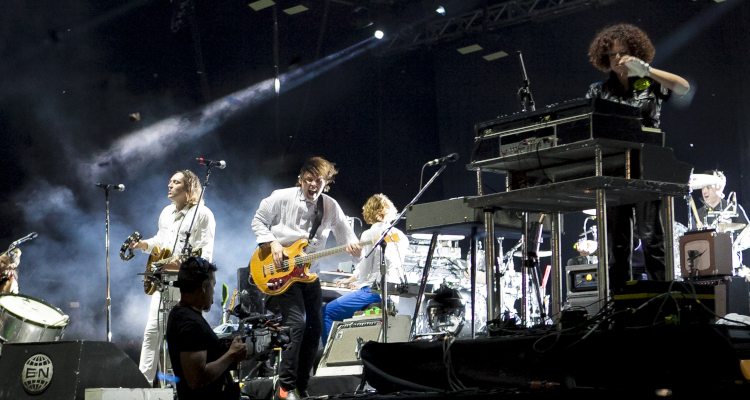 The track, dubbed “an original piece of meditative music by the Grammy-winning band,” is currently accessible for those who’re subscribed to Headspace Plus. Also worth noting is that several other creators, John Legend and Hans Zimmer among them, have made playlists available via the 11-year-old company, which launched as an events organizer before debuting its app in 2012.

That Arcade Fire has crafted a lengthy instrumental work exclusively for Headspace represents yet another testament to the growing significance (and prominence) of direct licensing deals. A number of companies – including many entities in the fitness and health fields – are opting to avoid the hazard-wrought licensing landscape by simply closing deals directly with artists.

To be sure, Peloton – which spent north of $60 million on settlement and litigation costs after engaging in a much-publicized copyright-infringement battle with 14 music publishers – finalized a direct deal with Beyonce back in November of 2020, before producing three Elvis remixes in December. (It bears mentioning that these deals bring unique pitfalls of their own, as the Headspace-exclusive “Memories of the Age of Anxiety” was live on YouTube at the time of this piece’s publishing.)

Additionally, the nine-year-old Peloton late last month inked a year-long partnership with Triller’s Verzuz, enabling fitness enthusiasts to work out “to the tune of head-to-head musical celebrations featuring iconic past Verzuz match-ups.” And besides acquiring Verzuz, short-form video app Triller – which remains engaged in a high-profile licensing dispute with Universal Music Group – has quietly established a market presence at the (admittedly unique) intersection of combat sports and live music.

The foremost TikTok competitor is set to host a pay-per-view boxing match between YouTuber Jake Paul and UFC veteran Ben Askren this weekend, and as was also the case with the Mike Tyson-Roy Jones Jr. contest that Triller promoted last November, all manner of well-known artists are scheduled to play the event.