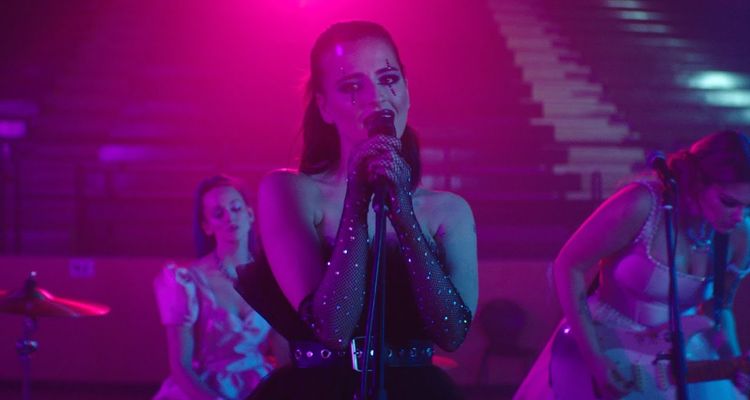 People across social media banded together to find the origins of the band that’s been popping up over and over. An ‘industry plant’ in the music industry is an artist with label backing that presents themselves as self-made. After some clever digging, TikTok teens have found close associations with Dr. Luke – aka Lukasz Gottwald.

In 2019, Tramp Stamp guitarist Caroline Baker appeared in MusicRow signed to Prescription songs. Lead singer Marisa Marino also has a Prescription deal. And in the credits for their latest YouTube video, Kobalt Music Group is listed. Kobalt is partially owned by, you guessed it, Dr. Luke.

Kesha sued Dr. Luke in 2014 to void her contract due to alleged sexual and physical abuse. After several years, that legal fight ended with a New York Supreme Court Judge ruling Kesha had defamed Dr. Luke. Kesha had alleged that Dr. Luke drugged and raped her and Katy Perry, which Perry has denied.

So why do TikTok teens care so much whether Tramp Stamp is an industry plant?

The social media presence is just too good for a group that is entirely self-made. They already have a robust merch store and a huge following on Instagram. However, posts on Instagram get fewer than 3,000 likes per post.

That ratio is suspect because it seems bought – as if bots are liking the posts. Another TikTok user points out that their first Instagram post is an animation – which requires professional talent to put together.

“Everything about this group is so calculated, almost insidiously,” one TikTok user says. “Even down to their hair colors.” Others said they felt like Tramp Stamp knew nothing of punk culture.

“It’s so obvious that the people who wrote this song don’t understand punk culture,” says another TikTok user. “You’re going to co-op the aesthetic, and you don’t even know My Chemical Romance?” TikTok users have loaded the group’s hashtag with complaints about how inauthentic it feels.

Their latest song, “I’d Rather Die” is getting roasted on the platform for feeling manufactured. Tramp Stamp feels just as put together as a K-pop act that has a story they plan to play out. It’s not authentic to the younger generation, and they’re quick to call it out.

It all goes to show that social media teams should be operating as authentically as possible – Gen Z will quickly call out lies and untruths.