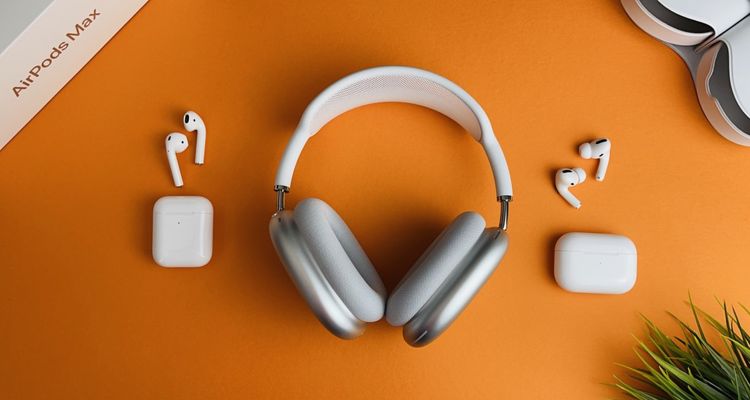 The report also suggests that a refresh of the entry-level AirPods is coming this year. It will modify the design of the AirPods to look more similar to AirPods Pro, with a shorter stem.

The Bloomberg report cites ‘people with knowledge of the matter’ involved in the Apple supply chain. AirPods Pro focusing on fitness tracking would be another set of sensors in an Apple wearable.

The Apple Watch is already considered the gold standard of fitness wearables. But adding fitness tracking features may be a way for Apple to bump up the AirPods Pro SKU starting price higher than its entry-level offering. The Apple Watch can track steps, heart rate, and even blood oxygen levels. The watch remains a fairly expensive device, compared to Apple’s wireless earbuds.

Either way, it’s looking more and more like Apple is the way to go for fitness fanatics. For those who like to completely disconnect during their hikes and runs, tracking through a set of earbuds sounds nice. You can map your run while listening to music without needing to set a watch to do not disturb mode or be tempted to check your wrist every five minutes.

The AirPods Pro isn’t the only Apple wireless wearable getting a redesign, either.

In a series of Instagram photos, LeBron James quietly gave us a peek at the new Beats Studio buds in white. Beats Studio Buds will share many of the same internals as the AirPods Pro. Apple plans to offer them in red, black, and white.

While the Beats design is distinct in these photos, it’s rumored the AirPods Pro will look similarly. There’s no word on when these Beats Studio Buds will be launching, but they have received FCC approval. It’s likely Apple will be debuting them ‘some time’ this year.

Digital Music News reported that Apple’s wearables are losing market share despite overwhelming sales. Cheap Bluetooth earbuds are eating into Apple’s market share – so the company is continuing to innovate with new ideas.