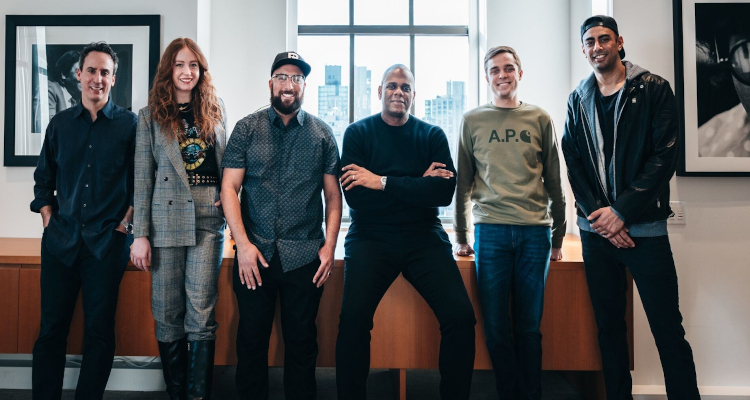 Back in April of 2020, global music marketplace BeatStars inked a partnership agreement with Sony Music Publishing. Now, the entities have expanded their professional relationship with the “official launch” of BeatStars Publishing.

Bearing the latter in mind, 13-year-old BeatStars’ publishing division debuted in 2020, but only “select members” could access it. Today, however, the Austin, Texas-headquartered company enabled “its entire community of creators worldwide” to utilize the included services, “copyright registration, income data and tracking analysis, and global royalty collection and distribution” among them.

Additionally, the announcement message notes that BeatStars Publishing coordinates with Sony Music Entertainment labels such as Columbia, RCA, and Epic “to offer exclusive placement opportunities to its members.” BeatStars Publishing thus far has “represented” producers on tracks like “Calling My Phone” (by Columbia’s Lil Tjay), “Goin’ Baby” (by Interscope’s DaBaby), and “Demeanor” (by Republic’s Pop Smoke).

Addressing his company’s expanded partnership with BeatStars as well as the full-scale arrival of the publishing portal, Sony Music Publishing chairman and CEO Jon Platt said: “BeatStars has helped foster an important community of independent creators who are choosing their own path, and I am very grateful for the opportunity to extend our relationship.

“With BeatStars Publishing, we are leaning into the independent creator process with new opportunities for songwriters and producers making great music through the platform,” finished the 56-year-old.

Moreover, the former Warner Chappell head Jon Platt just recently participated in a 40-minute sit down with BeatStars founder and CEO Abe Batshon, centering in large part on the BeatStars Publishing portal, the creative implications of the music marketplace’s presence, and the importance of collecting all available royalties.

The release also discloses that BeatStars has paid out “over $150 million to its community,” which currently consists of north of two million songwriters, producers, artists, and engineers.

One week ago, Sony Music Publishing waived unrecouped debts for legacy songwriters, while mid-July brought with it a deal between the leading music publisher and Alberts, involving the former’s administrating the entire catalog of AC/DC. Plus, late June saw Sony Music Publishing and Relative Music Group unveil a global publishing deal.