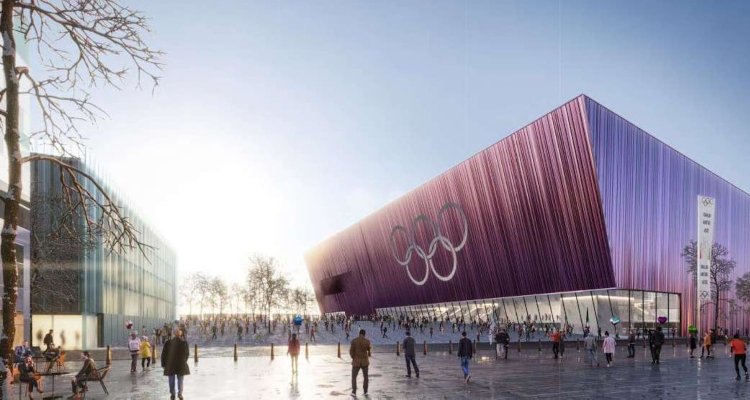 Bremen, Germany-headquartered CTS Eventim unveiled its ambitious vision for MSG Arena (not to be confused with Madison Square Garden, of course, or the associated MSG Entertainment) in a formal release. The project is expected to cost €180 million ($211.61 million at the present exchange rate) and begin construction sometime next fall, the announcement message specifies, with an expected completion date in autumn of 2025.

Bearing the latter point in mind, CTS Eventim likewise indicated that the 2026 Winter Olympics will take place at the venue, which will be situated on a 50,000-square-meter plot of land. Also worth noting with regard to concerts and music festivals is that the massive establishment is set to boast a 10,000-square-meter outdoor area for open-air events.

Addressing the project in a statement, CTS Eventim CEO Klaus-Peter Schulenberg made clear that he expects the arena to play a prominent role in artists’ touring plans moving forward.

“Our new arena in Milan will be a must-play for all major tours, and we will also be able to offer top events from the Eventim portfolio to the region around Milan and beyond in our own arena through the four Italian promoters in our EVENTIM LIVE promoter network,” said the businessman, who acquired CTS Eventim back in 1996.

The multimillion-dollar undertaking represents the latest in a series of high-profile plays in the Italian market, for CTS Eventim, as highlighted by Klaus-Peter Schulenberg, in late 2017 and early 2018 purchased a majority stake in Italian promoters Vertigo, Friends and Partners, D’Alessandro e Galli, and Vivo Concerti. Moreover, the nation of over 60 million is the company’s “second largest market after Germany,” according to the MSG Arena release, and needless to say, the substantial investment appears to reflect CTS Eventim’s long-term confidence in the Italian market as well as the broader live-entertainment space.

On this front, the Harry Styles-backed Co-op Live Arena remains slated to open in 2023. With a 23,500-person capacity, the Manchester arena will be the largest operating indoor venue in both the UK and Western Europe.

Furthermore, in another positive sign for the live-music sphere’s recovery, Live Nation revealed earlier this week that its Q2 2021 earnings had improved by over $500 million year over year, with the ticketing division having rebounded from an $87 million loss in Q2 2020 to generate almost a quarter of a billion dollars. The value of the company’s stock – LYV on the NYSE – has improved by about eight percent since Monday, for a per-share price of $85.41 when the market closed today.

Meanwhile, CTS Eventim stock is hovering around $70 per share, and the entity is scheduled to release its half-year earnings report on Tuesday, August 24th.