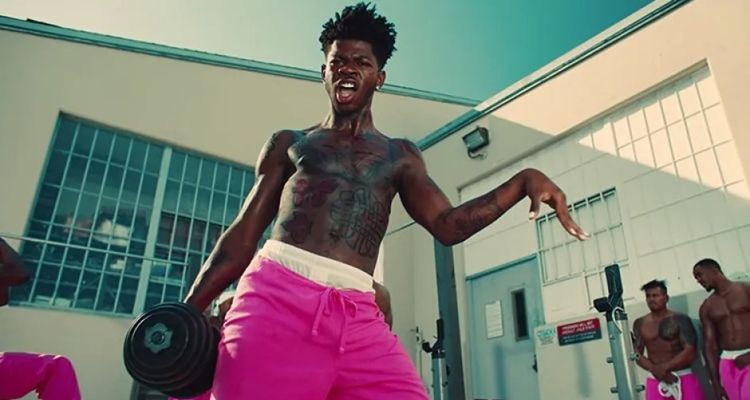 Lil Nas X has dethroned DaBaby as the most-streamed rapper on Spotify.

The achievement comes just days after a public row between the two artists over DaBaby’s homophobic remarks at Rolling Loud. Lil Nas X has reached over 52 million listeners on Spotify, surpassing DaBaby. He’s also the 12th most listened-to artist on the platform, which is a huge accomplishment. Other names on that list include Justin Bieber, The Weekend, Ariana Grande, and Drake.

“Wow, this is insane,” the artist tweeted when it was brought to his attention. “This is the most I’ve ever had in my career. Thank you to everybody listening.” Lil Nas X has tackled the question of homophobia in hip-hop head-on, which has caused a bit of an uproar.

His decision to perform openly and proudly gay music has left many in the industry seemingly angry at his success. “Hip-hop, like a lot of Western popular culture, is steeped in traditional ideas of gender and sexuality,” says Spencer Kornhaber, a writer for The Atlantic. “And so it’s not traditionally been a super-friendly place for queer expression and for queer people.”

Part of what has propelled Lil Nas X to surpass DaBaby as the most-streamed rapper on Spotify is his new track, “Industry Baby.”

Following the release of that video, DaBaby made some homophobic remarks at Rolling Loud in Miami. He’s since apologized for his comments, but the backlash to those comments has been massive. He was dropped from Lollapalooza just a few hours before he was scheduled to take the stage. Now several major music festivals have yanked DaBaby from their lineups, promising other acts.

Some rappers have rushed to defend DaBaby, like Boosie and T.I. They both brought up Lil Nas X in their defense of DaBaby, arguing that the two are polar opposites and allowed to exist in the same space.

“Industry Baby” challenges that idea, and its quickly becoming one of Lil Nas X’s most successful songs. It has surpassed 100 million streams on Spotify, propelling him to the 12th most-streamed artist spot. Lil Nas X says he’s working on finishing his album.

“I was actually going to do Euphoria, but I didn’t want to take time away from finishing my album,” he said in a recent interview. “I definitely want to get into acting, but I feel I have to give it my all, so I want to focus on my music for now.”