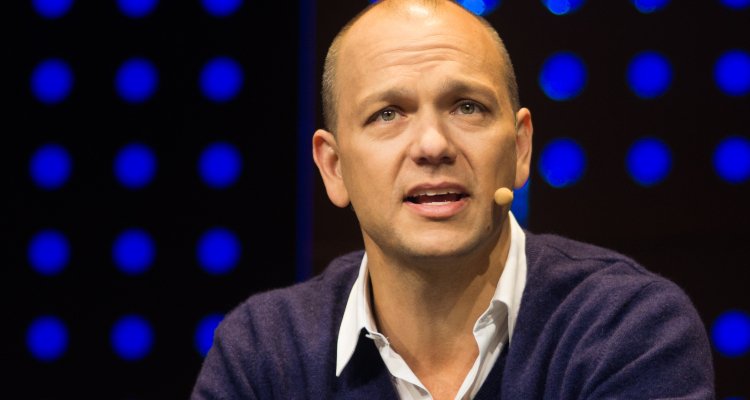 Ticketing and music-discovery platform DICE has announced the completion of an “up to $122 million” funding round.

Seven-year-old DICE unveiled its multimillion-dollar Series C this morning, via a formal release that was shared with Digital Music News. A new investor, SoftBank Vision Fund 2 (SVF 2), led the round, according to London-headquartered DICE. The Fund joined other backers including Paris-based Blisce (a former Spotify investor and a current Kik stakeholder), French billionaire (and KKR board member) Xavier Niel, and Tony Fadell’s Future Shape. (The iPod inventor and iPhone co-inventor Fadell has also accepted a spot on DICE’s board.)

It bears mentioning that the release in a pair of footnotes elaborates upon the financial nuances of the “up to $122 million” raise. Japan’s SoftBank Group “as of the date of this press release…has made capital contributions to allow investments by SoftBank Vision Fund 2” in “certain” portfolio companies, the text relays.

However, “SVF 2 has yet to have an external close, and any potential third-party investors shall receive additional information related to any SVF 2 investments prior to closing,” the document likewise indicates. Plus, regarding the Series C itself, “the transaction remains subject to statutory regulatory approvals,” per DICE higher-ups.

In any event, DICE intends to put this latest capital influx towards reaching additional “artists, fans and venues,” building out its livestream offerings, bringing on new team members, and debuting an artist-development program “that will see the platform work with even more artists directly on their live strategy.”

Addressing the funding round in a statement, DICE founder and CEO Phil Hutcheon emphasized the impact that SoftBank’s support will have on his company’s expansion plans.

“We’re overhauling an unfair, inefficient system by pioneering a transparent, data-led, fan-first approach – building a scalable ecosystem that helps artists, promoters and venues thrive. To have SoftBank as a partner enables us to expand into every market,” Hutcheon said in part.

In a statement of his own, Tony Fadell took aim at the fiscal realities of the contemporary “concert business” as well as the market effects of “ticket conglomerates.”

“The concert business is a tangled mess of archaic tools and taxing ‘industry standards’ where artists are paid last. Venues shell out for marketing and are beholden to ticket conglomerates. Fans have to hunt for shows and regularly buy overpriced tickets from secondary markets or scalpers. This doesn’t make sense!” the 52-year-old said in part.

“DICE re-engineers the entire live industry, not just a part of it: Venues are connected to fans and artists. Artists get transparency, access and control. Fans easily discover local shows and global live streams, and buy scalper-safe tickets with a single click,” finished the Nest Labs co-founder Fadell.

Much of the remainder of the release touts DICE’s features, recent growth, and long-term prospects – including, despite prior hidden-fee controversy, “clear upfront pricing.” Currently, the platform “works with over 3,600 venues, festivals and promoters globally,” the release discloses, while the service has coordinated “with 6,400 artists” – on ticketed livestreams, that is – “and sold tickets to fans in 179 countries” during the last year.

DICE’s “Discovery algorithm is responsible for over 40% of tickets sold, hugely benefiting artists and venues,” the release states towards its conclusion. And factoring based upon “the company’s current rate of growth,” execs expect their platform to boast 49,000 artist and creator users by 2022’s end.