Want to See Springsteen on Broadway? Tickets Start at $400 on StubHub 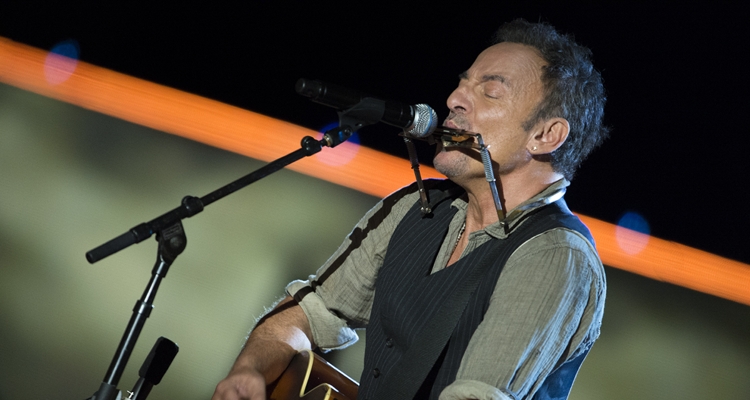 Ahead of crowd-based entertainment’s much-anticipated (and fast-approaching) return, fans aren’t hesitating to buy tickets to watch their favorite artists perform live. But pent-up demand – along with the efforts of profit-minded resellers – appears to be drastically inflating the price of passes to events including Springsteen on Broadway.

As an aside, while New York City’s comeback concert and LA’s Hollywood Bowl will feature separate seating sections for those who’ve been vaccinated against COVID-19 and those who have not done so, the non-socially distanced Springsteen on Broadway happenings will only admit fully vaccinated persons.

At the gate, attendees will have to present proof of vaccination, and officials will also verify that at least 14 days have passed since ticketholders received their second vaccine dose. The sole exception, St. James Theatre owner Jujamcyn explained on its website, is for “children under the age of 16, who must be accompanied by a vaccinated adult and also must provide proof of” a negative COVID-19 test.

Needless to say, that most fans have ceased enjoying crowd-based entertainment amid the pandemic means that many individuals – and a large number of Springsteen diehards – will be eager to attend gigs as soon as possible this summer. To be sure, a multitude of would-be ticketholders took to social media to vent about the long (digital) line for Springsteen on Broadway passes, their limited availability, and their heavily inflated costs on the secondary market.

“Well, I’m bummed. Tried getting tickets to see Springsteen On Broadway, and the only ones available were upwards of $500 apiece. As much as I love The Boss, I just can’t justify that cost,” penned one Twitter user.

“Was very glad that Bruce Springsteen is going to do “Springsteen on Broadway” again this summer, but the cheapest tickets are $625 each,” stated another cost-conscious Springsteen follower.

For reference, Springsteen on Broadway tickets cost between $75 and $850 upon becoming available for purchase via SeatGeek (“the official ticketing provider” for the performance series). Predictably, the $75 balcony seats promptly sold out, and at the time of this piece’s publishing, the cheapest of the passes remaining on the 12-year-old platform cost $400.

Similarly, Springsteen on Broadway tickets were purchasable for no less than $400 on StubHub at the time of publishing, with most orchestra-area passes costing around $1,000 – and as high as $5,971. (Some sub-$400 tickets appeared available, but one receives an error message, “Somebody else already bought these tickets. Let’s see if we can find some tickets for you,” upon attempting to complete the checkout process.)

Of course, it’s worth reiterating that there are 30 dates available for Springsteen on Broadway (not to mention the hundreds of showings that previously took place).

But when artists perform once or twice in a city before moving on to other locations as part of an extensive tour, it’s possible that fan demand – and, in turn, prices – could further grow. Tying the point back to the initially mentioned pent-up fan demand for live entertainment, however, some on social media are celebrating obtaining tickets despite their considerable cost.

“I GOT MY SPRINGSTEEN ON BROADWAY TICKET! I am sooo thrilled! Can’t wait. I did get through by refreshing,” penned one self-described “Springsteen fan,” including with the message a screenshot showing a $325.20 charge for a single mezzanine ticket.

More broadly, with an abundance of different fans yet having criticized ticket-resale operations’ impact on the availability and price of passes from artists including The Foo Fighters, Billie Eilish, and others, it’ll be worth monitoring the matter from a legal and legislative perspective. The FTC in January issued the first ticket-scalping charges under the half-decade-old BOTS Act, and Congress before the onset of the pandemic took a clear-cut interest in excessive ticket costs – an interest that doesn’t appear to have abated in the interim.