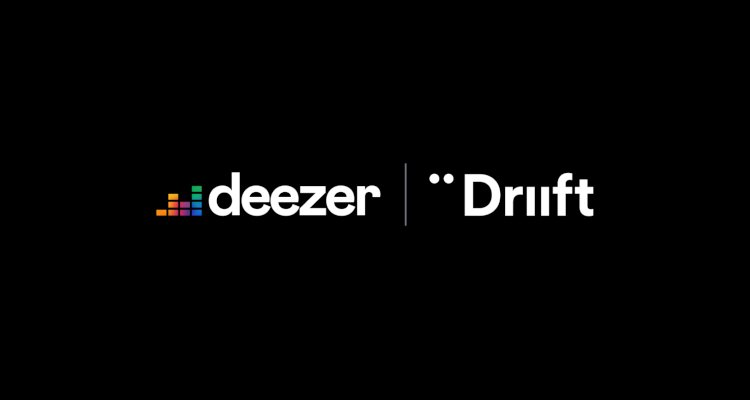 Paris-headquartered Deezer announced its investment in Driift this morning, via a formal release that was emailed to Digital Music News. Said release doesn’t disclose the deal’s financial specifics, but a Deezer higher-up confirmed to DMN that the transaction involves a “minority stake” in Driift. The platform arrived on the scene in August of 2020, as most in-person live-music events remained shelved due to COVID-19 lockdown measures and large-gathering bans.

UK-headquartered Driift – which says that it’s sold north of 600,000 tickets to its livestreams – intends to “accelerate its growth and build a leadership position in next-gen interactive live music streaming,” per the text. And Deezer, which backed livestream-concert platform Dreamstage in early May, expects to “leverage its technology and expertise to actively support Driift’s future growth, including the roll-out of new products and offerings.”

Driift has hosted livestream shows from the likes of Sheryl Crow, Kylie Minogue, and Andrea Bocelli, to name some, in addition to partnering with happenings such as Glastonbury. As part of the latter deal, the roughly year-old livestreaming platform – the majority of which belongs to ATC Management, with a minority stake held by Beggars Group – “conceptualised, created and produced the innovative ‘Live At Worthy Farm’ event.”

Acknowledging the investment agreement in statements, Deezer and Driift execs emphasized their ambitious visions for livestreaming’s long-term potential – even amid the ongoing return of traditional concerts and music festivals.

“Live streaming is a rapidly growing industry that is redefining how fans engage with their favourite music,” said Deezer CEO Jeronimo Folgueira. “Companies like Driift help artists reach people all over the world to generate new revenue streams. Deezer has been a music industry innovator since the very beginning. Our investment in Driift is the next step in our expansion in this exciting and fast growing space.”

“We are delighted to have received investment from a global player such as Deezer,” added Driift CEO Ric Salmon, who’s also a partner and director at ATC Management. “The investment highlights the value of Driift’s offering and confirms that live streaming will be a major new component of the music industry going forwards.”

As mentioned, all manner of livestream services debuted in 2020, with startups including livestream-monetization platform Maestro, Moment House, Mandolin, and virtual-concert company Wave having completed multimillion-dollar funding rounds last year. (Access Industries’ Warner Music became a Wave investor in May of 2021.)

2021, for its part, has seen Universal Music partner with BTS’s agency to launch a livestream service, whereas Live Nation acquired a majority stake in ticketed-livestream player Veeps – before installing livestreaming equipment at over 60 of its venues. Lastly, LiveControl raised $30 million in late July, at about the same time that music-technology company VNUE announced plans to acquire livestream platform StageIt.