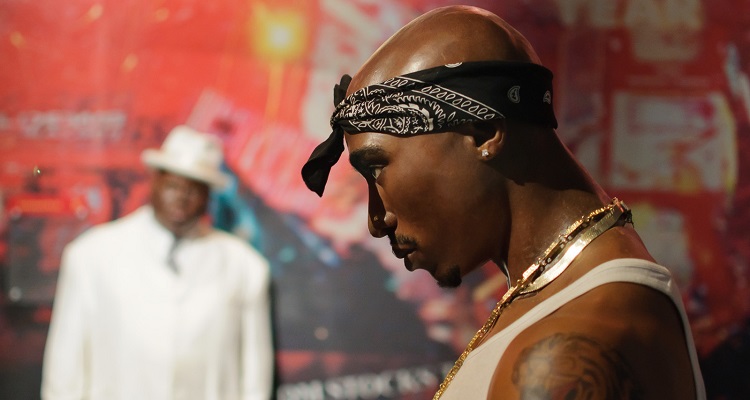 A photographer named Danny Clinch is officially suing Warner Music Group and HipHopDX for allegedly infringing upon an image of Tupac Shakur.

Toms River, New Jersey-born Danny Clinch and his legal team just recently submitted the concise complaint to a New York federal court, and the eight-page-long action claims off the bat that the plaintiff “is a renowned photographer who has created a remarkable body of work depicting compelling and intimate images.”

“One of Clinch’s celebrated photographs” shows the New York City-born rapper posing shirtless before a professional-looking backdrop, hands behind his back. (Clinch stated on Instagram five weeks ago that he shot the photo “in 1993 for Rolling Stone Magazine,” but the publication isn’t listed as a plaintiff in the suit.)  And needless to say, given the present courtroom confrontation, Clinch claims that he didn’t grant HipHopDX or the hip-hop news platform’s owner, Warner Music, permission to use the image, which the defendants allegedly “misappropriated.”

Said misappropriation and unauthorized use allegedly occurred “in various ways, including, but not limited to” on a HipHopDX article. The piece, which appears to have been published back in February of 2015, was still live at the time of writing – along with the Tupac image in question.

The allegedly “willful, intentional and malicious” infringement of Warner Music and HipHopDX allowed them to obtain “direct and indirect profits they would not otherwise have realized,” according to Clinch, who maintains that he’s entitled to the earnings “directly and indirectly attributable” to the allegedly unauthorized usage.

Neither HipHopDX nor Warner Music Group looks to have addressed the image-focused infringement action on social media, and the lawsuit doesn’t seem to specify whether the parties attempted to negotiate a deal before the action was filed.

The complaint follows a number of similar suits in the music industry, however. One such action arrived after Katy Perry uploaded to Instagram a photo of herself attending a Halloween party – purportedly without the permission of the person who snapped the shot. More recently, July of 2021 brought with it a copyright infringement lawsuit against Dua Lipa, over the 26-year-old’s allegedly unauthorized use (also on social media) of a photo captured while she was waiting in line at an airport.

Lastly, August saw one Spencer Elden, the (now-adult) individual who appeared on the cover of Nirvana’s Nevermind as a baby, sue the Kurt Cobain estate, Universal Music, and others over the image. The defendants, Elden said in his complaint, engaged in “commercial child pornography” and a “sex trafficking venture” by featuring the image on the famous album, the 30th anniversary edition of which is nevertheless shipping with the original cover.

Notwithstanding this release, Dave Grohl indicated that he has “many ideas of how we should alter that cover,” and coincidentally, Clinch’s website relays that the photographer has directed music videos for acts including the Foo Fighters.