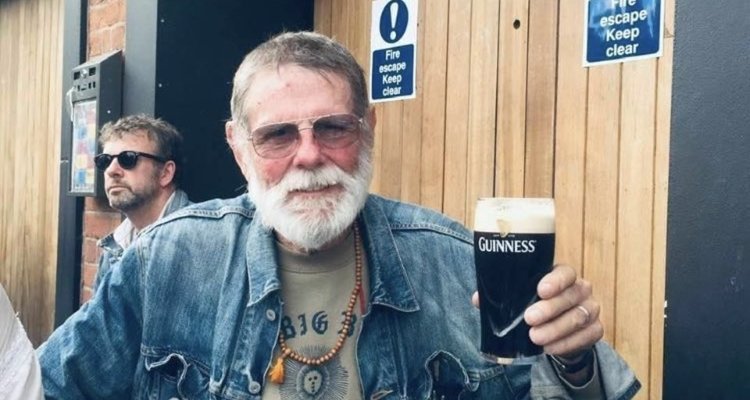 The co-founder of Lollapalooza, Ted Gardner, has passed away at age 74. Some of the acts Gardner managed share their stories of him.

Ted Gardner founded the Lollapalooza festival with Jane’s Addiction frontman Perry Farrell in 1991. Anton Newcombe of The Brian Jonestown Massacre shared the news of his passing. “I’m sad to report Ted Gardner, our manager passed away today surrounded by his loving family,” Newcombe tweeted. “We will miss a great manager, mentor, & friend. Our condolences to all his family & friends.”

Gardner launched his career in Australia before leaving for the United States in 1982 with Men at Work on thir international tour. Men at Work was the first Australian act to land a #1 album and #1 single in the region, with Business as Usual and the single, “Down Under.” Gardner says after that level of success; he aimed higher after his dad asked him when he was going to get a real job.

Gardner launched the Lollapalooza festival in 1991. “One year, I came home from Lollapalooza with a check for $1.5 million, and he looked at me and went, ‘yeah, but it’s not a real job, is it?'” Anton Newcombe also shares a funny story Gardner told him on Twitter, from around the time Lollapalooza went viral among rock fans.

“The funniest story he told me was of a meeting when Lollapalooza went mega, and he walks in, and Perry Farrell goes, Ted, we got Metallica to headline,” he goes, “F*ck, you just wrecked this festival.” Perry goes, “Ted, they are on speakerphone now.” “Hi, Ted.”

The success of the Lollapalooza festival meant it hosted some of the biggest names in rock in the ’90s. Soundgarden, Red Hot Chili Peppers, Nine Inch Nails, Pearl Jam, The Smashing Pumpkins, Hole, and the Beastie Boys all performed to make Lollapalooza ‘the’ rock show to attend, largely thanks to Gardner and Farrell.

Ted Gardner also worked as a tour or production manager for Frank Zappa, New Order, and Echo & the Bunnymen. He also managed The Brian Jonestown Massacre and Floating Me. Gardner also represented Tool from 1992 until 2000, after he had a falling out.

He sued the band and their publishing company for $5 million in 2000, alleging they failed to pay him $500,000 in commissions. After that incident, Gardner stepped back from the industry in the US and returned to Australia. He started Cross Section Management and Records with Scott Mesiti in January 2007.