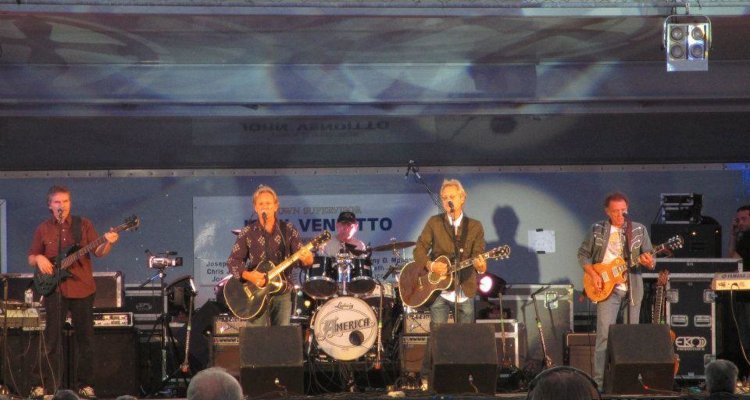 Less than one week removed from its catalog deal with Christian singer-songwriter Matt Redman, Primary Wave has acquired an interest in the music IP of America.

16-year-old Primary Wave unveiled the agreement with 52-year-old America via a formal release this morning. (Subsequently, the company took to social media to reveal yet another deal, this time with Paul Rodgers.) The announcement message concerning the America pact doesn’t disclose the “multimillion-dollar” transaction’s financial terms, but the partnership specifically encompasses “Gerry Beckley’s and Dewey Bunnell’s rights in the America music catalog,” the text indicates, “as well as certain name and likeness rights.”

Since arriving on the scene more than half a century ago, America has released 18 studio albums, the newest of which, Lost & Found, became available to fans in 2015. Among the most well-known songs from the one-time Grammy-winning act (for “Best New Artist” back in 1972) are the RIAA certified gold “A Horse With No Name” (1972), “Ventura Highway” (1972), and “Sister Golden Hair” (1975).

Dewey Bunnell is the sole songwriter on “Ventura Highway” and “A Horse With No Name” – Gerry Beckley has the lone songwriting credit on “Sister Golden Hair” – and in a statement, the 69-year-old made clear that he and Beckley intend to continue performing and creating.

“We are proud of the music we produced across these decades, and look forward to watching the catalogue continue to enhance listeners’ lives for generations to come through the vision and actions of Primary Wave,” Bunnell said. “Meanwhile, we continue to actively pursue our careers as songwriters and performers into the 21st Century.”

In addition to the initially noted partnership with Matt Redman, Primary Wave during the last six or so months has quietly bought stakes in the music IP of Prince, Bing Crosby, Gerry Goffin, Luther Vandross, Jeff Porcaro, Jim Peterik, and James Brown.

These and other massive deals with legacy artists arrive as the domestic popularity of catalog music – tracks that are at least 18 months old – continues to grow. Plus, data suggests that nearly 90 percent of stateside baby boomers use streaming services to access music at least once per week – a much larger percentage than any other market in the world.

For reference, America currently boasts about 5.6 million monthly listeners on Spotify, with north of 418 million plays for “A Horse With No Name” and nearly 130 million plays for “Ventura Highway.” Besides this substantial listenership, which one would assume is chiefly attributable to longtime supporters, it’s possible that a viral social-media trend could expose America’s body of work to an entirely different group of fans.