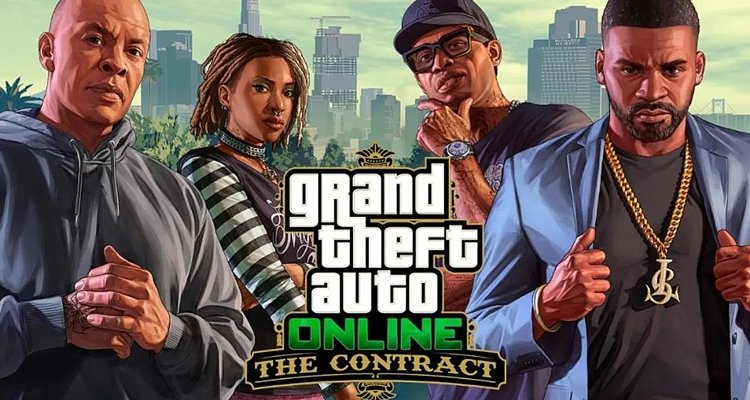 The legendary producer partnered with Rockstar Games to debut a whole new adventure featuring his music. Dre himself stars in The Contract, which asks players to retrieve his stolen phone containing unreleased music.

Until now, that ‘unreleased’ music could only be heard in the game by completing Dre’s request. After two months of exclusivity, those ‘unreleased’ Dr. Dre songs from the GTA V DLC are now on music streaming services.

The collection of music features six songs that includes collaborations with some of the biggest names in rap. Snoop Dogg, Busta Rhymes, and Anderson .Paak feature on “ETA,” which features a sample of The Edwards Generation’s 1976 song “You’re The One for Me.” This song also features in the trailer for the DLC, which you can see below.

Dr. Dre continues his long-standing creative partnership with Eminem on “Gospel,” while Anderson .Paak and Rick Ross join in on “The Scenic Route.” Nipsey Hussle and Ty Dolla $ign also feature on “The Diamon Mind,” while Thurz and Cocoa Sarai guest on “Fallin Up.” Finally, Dre holds up the end of the release in “Black Privilege,” name-dropping Jay-Z, Kanye, Eazy-E, Ice Cube, Diddy, Kobe Bryant, Juice WRLD, and Floyd Mayweather.

Eminem, Snoop Dogg, Kendrick Lamar, and Mary J. Blige will join the legendary producer and rapper for the show. Kendrick Lamar is also rumored to be dropping new music ahead of the show, so Dr. Dre may face a little friendly competition a la Kanye and Drake last year.