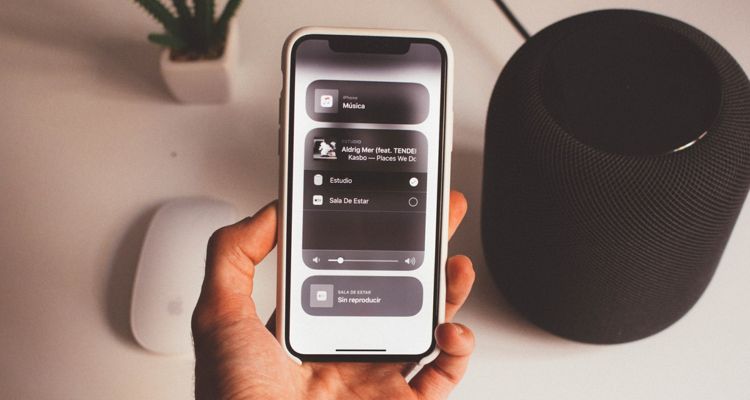 Apple Music execs say the focus on spatial audio is paying off as more listeners tune in.

Spatial audio was announced just eight months ago in June 2021. The audio format is rapidly growing on Apple Music, with the vast majority of subscribers having experienced it in some capacity. Listeners of spatial audio content has increased 50%, Apple Music told Billboard. The company also confirms that plays of spatial audio tracks have quadrupled since September as the catalog expands.

Apple Senior VP of Services Eddy Cue believes the feature will be a game-changer for the music industry. It’s well on its way as the stats roll in. Since the beginning of this year, 37% of the top 10 songs on Apple Music’s global Daily Top 100 songs chart are available in spatial audio. 42% of the platform’s top 100 songs in the U.S. are available in the format. Apple says that 40% of the biggest new releases on Apple Music have been available in spatial audio as well.

Apple is hoping that the improved audio listening experience will help set its service apart from competitors. “We now have more than half of our worldwide Apple Music subscriber base listening in spatial audio and that number is actually growing really, really fast,” says Apple VP of Apple Music and Beats, Oliver Schusser. “We would like the numbers to be higher, but they are definitely exceeding our expectations.”

Schusser says spatial audio is something that people can feel and hear the difference instantly – while most people can’t with lossless audio. “We have every song in our catalog available in lossless to us delivered by the industry, but the challenge is it doesn’t play on any headphone in the world over Bluetooth or any wireless connection. That is by a country mile the number one way how people consume music these days,” Schusser adds.

Apple’s philosphy is that lossless audio isn’t a mass-market product, since most people (excluding audiophiles) can’t tell the difference. It’s something Neil Young has been harping on for ages, even going so far as to call Apple’s laptop’s “fisher price” studio equipment. But spatial audio is something that everyone can hear.

The result is pretty clear. When The Weeknd re-released his 2016 album Starboy in spatial audio on June 7, first-time listeners to the album increased by 20% over the next eight weeks. Billie Eilish saw the same growth in her back catalog when When We All Fall Asleep, Where Do We Go was released in spatial audio. And Post Malone and Taylor Swift saw even greater first-time listeners as Hollywood’s Bleeding (40% increase) and Lover (50% increase) released in spatial audio on the platform.

“We’re seeing huge uptick in artists’ back catalog off the basis of them re-engaging their fans with a new way of listening to the music,” says Rachel Newman, “Apple Music’s Global Head of Editorial and Content. Streams of spatial audio tracks on Apple Music editorial playlists have increased by 125% over the last year.

“Part of the key has just been making sure that it’s highly accessible for all kinds of artists at all different levels,” Newman continues. “And the number of studios is now exponential to when we launched.”