Lupe Fiasco Airs Grievances About His Warner Music Years: ‘Atlantic Would Only Promote My Records If They Owned a Large Portion of Them or If I Signed a 360 Deal’ 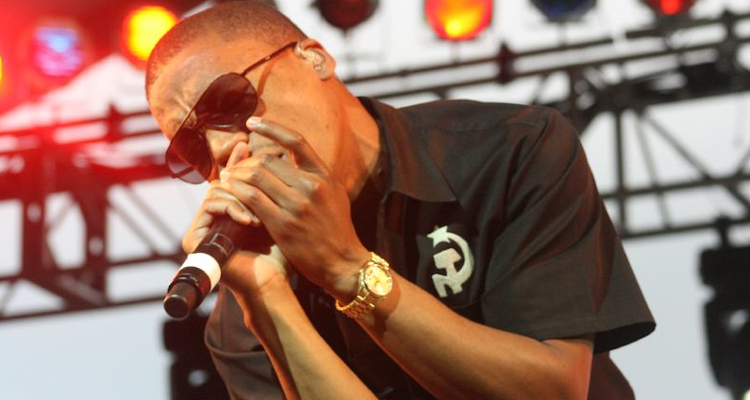 Lupe Fiasco has claimed that Warner Music’s Atlantic Records wouldn’t provide promotional support unless he inked a 360-degree deal or signed away “a large portion” of his work’s ownership – prompting broader conversations about the nature of major-label agreements in the contemporary music industry.

40-year-old Lupe Fiasco, who made headlines in late May for accepting an MIT teaching role, just recently took to social media to speak about his experience with Warner Music Group (WMG). The Chicago native released his first five studio albums, beginning with 2006’s Lupe Fiasco’s Food & Liquor and concluding with 2015’s Tetsuo & Youth, via WMG’s Atlantic.

However, the one-time Grammy winner (and 12-time nominee) has dropped three subsequent albums, including June of 2022’s Drill Music In Zion, via his 1st & 15th label and Nashville’s Thirty Tigers.

The conversation surrounding Fiasco’s Atlantic years began after one Twitter user speculated that the artist’s perceived lack of critical praise had resulted from an unwillingness to conform amid the WMG imprint’s purported effort “to push pop records.”

“Not accurate,” responded Lupe Fiasco. “I was comfortable making pop records. The issue was who controlled those records and what the ownership and splits were. Atlantic would only promote my records if they owned a large portion of them or if I signed a 360 deal. I gave Bruno Mars Just The Way You Are.

“The issue was never my ability to make hit or pop records,” Fiasco elaborated in a follow-up tweet. “The issue wasn’t even the business per se. My contracts were solid. It’s when the label didn’t want to abide by the contracts anymore and started throwing sh–ty little curveballs out of FOMO and greed. All bad after that.

“I only put this out there again & again cuz folks think I be full of ego and or that I’m some hard to work with artist etc. but I’ve been in some deeply wack situations in this business that took all kinds of adjustments to stay sane and progress. I protect my peace at all costs,” he finished.

Additionally, responding to a fan who suggested that the industry had shortchanged him, Lupe Fiasco attributed two quotes to execs, writing: “‘I cannot guarantee we will promote your records if you are not a 360 artist on the label’ – Lyor Cohen President Of Warner Music 2008

“‘We don’t think BattleScars is a good look for you so we’re not gonna sign off on the release’ – Mike Kyser Head Of Urban Atlantic Records 2012,” Fiasco proceeded.

Wrapping up the conversation, the “AUTOBOTO” and Lost in the Atlantic artist stated that he’d “checked out” of his Atlantic deal some six years and three albums prior to its conclusion. “I don’t mind being controlled. It’s a team,” he said. “Let[‘s] win as a team. They were calling fouls on our own plays AFTER we already won the game!! I was like WTF are y’all doing??? After The Cool I was done. I stuck around to complete my contract but I checked out in 09.”

Needless to say, Fiasco’s qualms represent one side of the story, and the precise details of his allegations (“sh–ty little curveballs out of FOMO and greed”) remain unclear.

But in an era when viral TikTok trends are catapulting an increasing number of artists into the mainstream – and making major-label deals available to them overnight – it’s important that the information reach emerging acts before they put pen to paper and sign with one of the Big Three.

Of course, certain indie-label deals also contain unfavorable elements and have been at the center of recent legal battles – underscoring the need for artists to weigh all high-profile career moves and take advantage of each available resource.