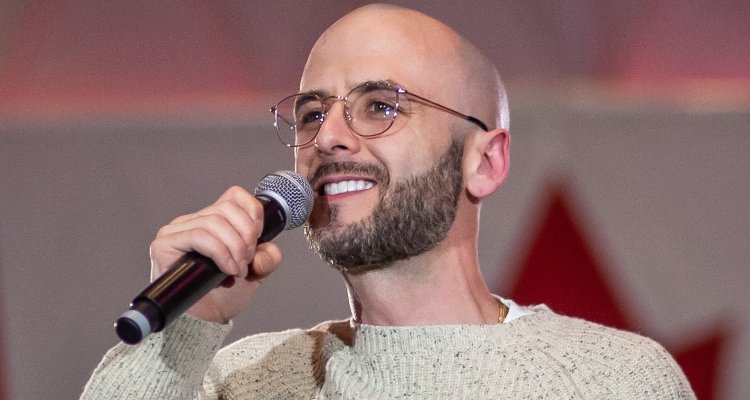 Back in October of 2021, Chris Brown, Drake, and Drake’s producer Noah Shebib (aka “40”) were named in a copyright infringement lawsuit over 2019’s “No Guidance.” Now, 40 has officially been removed from the complaint.

The case’s musician plaintiffs just recently dismissed the suit (with prejudice) against Toronto-born Noah Shebib, legal documents show, having removed Drake from the action back in April. 40 has produced each of Drake’s albums and is a songwriter as well as one of four producers on the mentioned “No Guidance.” (The track’s three other producers, Vinylz, J-Louis, and Teddy Walton, are also defendants.)

Per the firmly worded original complaint, “No Guidance” (which has racked up over 801 million Spotify streams) “is a forgery” of the plaintiffs’ “I Love Your Dress.” A singer-songwriter named Braindon Cooper (who releases music as Mr. Cooper) and a drummer and producer named Timothy Valentine are said to have uploaded the allegedly infringed track to SoundCloud in July of 2016 – also registering it with BMI at the time – before formally copyrighting the song in August of 2020.

Moreover, the action, in maintaining that the plaintiffs’ song had been copied, claimed that this track had debuted as part of an EP and been performed live by Cooper prior to the release of “No Guidance.”

“In early March 2019, an A&R representative called Mic Tee – associated with Cash Money Records and the AMAG Collective, among others – contacted Cooper to discuss Cooper’s musical talents,” the original lawsuit reads. Mic Tee purportedly suggested that it and Cooper “should take a trip to Toronto” (Drake’s hometown) and proceeded to ask him to send along “‘unreleased music.’”

Cooper didn’t forward any unreleased work, but did provide a link to “I Love Your Dress,” according to the suit, ultimately becoming “suspicious of the interaction upon hearing No Guidance for the first time a few months later.”

Besides citing the opinions of musicologists (whose findings have been key parts of arguments in many other infringement cases), the plaintiffs stated that the tracks are similar lyrically and in terms of their featuring “the distinctive sound effect of a pitch metronome-like click and a vocal effect through which portions of the primary vocal part appear to have been sped up.”

The precise reasons behind the case’s partial dismissal (against Shebib as well as Drake) are unclear. When contacted for comment, Cooper requested that DMN “please direct all questions about the case to my Attorneys,” and 40 doesn’t appear to have publicly addressed the topic. In any event, the action is proceeding against defendants including Chris Brown and Sony Music.

Multiple infringement cases have entered the media spotlight during the past month – with 80s band Naked Eyes having sued Reservoir Media, Epidemic Sound having submitted a complaint against Meta, and Megan Thee Stallion and Big Sean having been accused of infringement in “Go Crazy.”