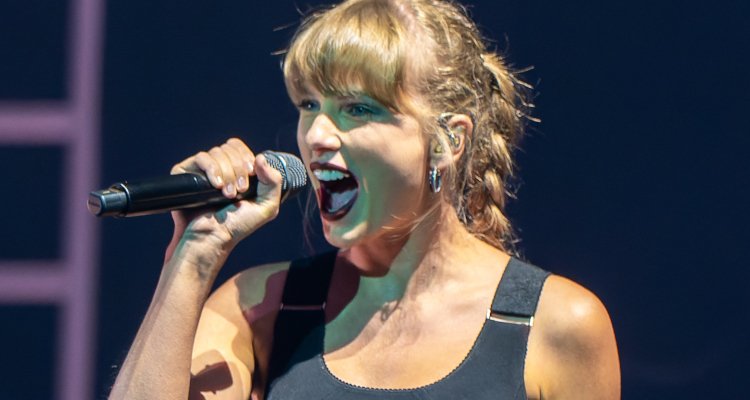 One week after its release, Taylor Swift’s Midnights (3am Edition) has generated nearly $1.32 million from sales via QQ Music, according to stats on the Tencent-owned streaming service.

Unlike stateside streaming services, QQ, which Tencent Music (NYSE: TME) operates alongside Kugou and Kuwo, functions as something of a social platform and likewise displays releases’ total sales. Consequently, the QQ landing page for Midnights currently features 16,739 comments (many of which pertain to the album’s relatively expensive download cost) and shows that fans have bought 272,404 copies of the work.

As the 20-track effort is priced at CNY 35 ($4.83 at the moment) on QQ, it appears to have generated the initially noted $1.32 million or so thus far. And needless to say, Midnights is presumably racking up sales and streams on competing Chinese platforms. ByteDance debuted a streaming offering called Qishui Yinyue earlier in 2022, for instance, and NetEase Cloud Music back in 2019 issued a formal release touting the on-platform sales success of Lover.

But as more than a few of the above-mentioned commenters have lamented, Midnights (3am Edition) – it doesn’t seem that the standard 13-song album is available on QQ – has come with a heftier price tag than other releases.

“The price this time is too expensive,” one QQ user wrote of Midnights’ cost, according to Google’s translation of the Mandarin-language remark.

Another commenter highlighted the comparatively affordable price of Apple Music in response, and interestingly, the Spotify competitor on Monday published a guide entitled “Download the Apple Music app if your country, region, or device doesn’t have Google Play.” The resource includes instructions specifically for listeners residing in the Chinese mainland.

“Don’t say the pricing is unreasonable, other singers are the same, some people sell 12 songs for 30 [yuan], some people sell 8 songs for 25 [yuan], and there are additional songs and remixes at midnight, but the price of digital albums has increased,” weighed in an individual of the opposite opinion.

Notwithstanding the pricing concerns, though, Midnights looks to be selling well in China – a market that many in the industry considered exceedingly difficult or even impossible to monetize in the not-so-distant past.

The commercial viability of the nation and its approximately 1.4 billion residents is particularly interesting because largescale success isn’t reserved exclusively for record-breaking superstars like Swift. Almost three decades after arriving on the scene, for example, the Backstreet Boys over the summer attracted a staggering 44.2 million China-based viewers to a WeChat concert, organizers said.

(A company called East Goes Global, which bills itself “as the bridge between the East & West” and produced the Backstreet Boys’ China show, closed a seed round in August.)

Predictably, given the evident income potential associated with China, the major labels are continuing to take steps to broaden their local reach and presence.

Universal Music Group, which hasn’t hesitated to publicly emphasize its relationships with Chinese Communist Party officials amid a relentless pursuit of revenue, unveiled a China-centered Buick partnership one month ago.

And the NetEase Cloud Music investor Sony Music Entertainment in May brought an RCA Records division to the mainland, whereas Live Nation that same month scored a UMG licensing deal via Live Nation Electronic Asia. The latter is dedicated to supporting “the next generation of Chinese electronic music and artists,” according to the Ticketmaster parent.