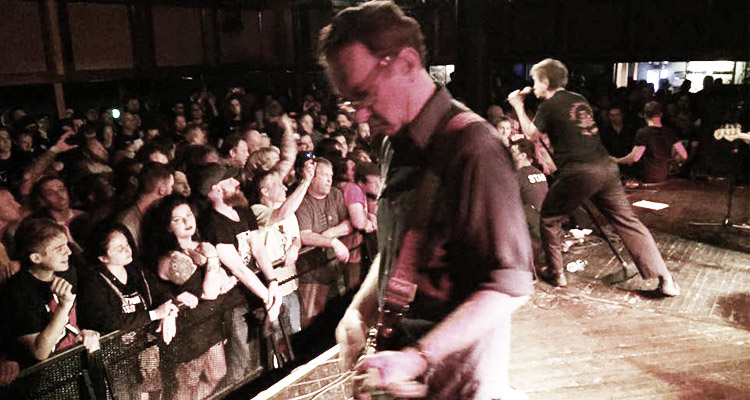 I don’t listen to music much at the gym. It’s my time to catch up on the news and podcasts. As an LA resident, I’m one of the fortunate few who don’t have to spend much time in my car as my office is 40 feet from my bed. While others are audibly lip synching grunting out curls. I’m laughing or shouting like a crazy person mid press. This morning it was the latter.

Listening to 21khz: The Art of Money in Music podcast (co-hosted by Jeff Price the founder of Audiam and Tunecore), something that today’s guest, East Bay Ray of the Dead Kennedys, said gave me pause. Well, actually a lot of what he said did.

There seems to be a generational divide in this wild new music business.  The elders, who built their careers in the pre-internet era, lament how their incomes have dropped because of Big Tech.  While the artists building their career IN the internet era, revel in the fact that they can do so without permission from gatekeepers.

I get it.  Believe me.  People are terrified of change.  When it’s taken you so long to figure out how to do something and you finally get a handle on it, and start coasting, it’s frustrating (infuriating) when circumstances change and the old way of doing business doesn’t work anymore.

“It’s monopolies now. How can you negotiate with that? You can’t go to YouTube and say I want these terms. They’ll say ‘fuck you.’ If you don’t do it our way we’ll just do it for free”

Ok, let’s unpack this.  True, an indie artist cannot go to YouTube and ask for more money (but most record stores didn’t negotiate their rates either).  And true, Google/YouTube hides behind the outdated DMCA Safe Harbor Act claiming that they can’t be held responsible for user generated content (UGC) (videos uploaded by fans with songs they don’t have rights to use).  But, it’s also true that the labels and publishers ignored “the internet” for a very long time and refused to acknowledge it could be a problem —until it was too late.

Yes, virtually every cover song on YouTube is illegal (no, the kid in Nebraska did not negotiate a synch license fee with the publisher to use the composition before uploading his bedroom cover to YouTube).  And all the fan-made music and lyric videos are also illegal.  But labels and publishers missed a major opportunity with this.

YouTube has been around 10 years.  When it first came out, the music industry could have seen it as an opportunity.  Instead, they deemed it a threat and did their best to shut it down.  Remember back when all the majors were ripping videos down or forcing YouTube to remove the music?  I once used a Mutemath song as the soundtrack for one of my tour vlogs.  I cited the song and band in the description and even linked people to buy the song on iTunes.  But, I got a claim from YouTube stating that the rights to the song were owned by WMG and they removed all the audio from my little 5 minute tour vlog.

So, the technology existed to find the song and rip it out, but the technology didn’t exist to preempt the posting with a note stating that the rights to the song were owned and that an ad would be placed on the video from the get go?

The Bruno Mars “When I Was Your Man” fan-made lyric video had 100 million views (unmonetized) before Atlantic made YouTube rip it down.  Which begs the question, why didn’t Atlantic get an official video up on launch day?

Well, finally, the labels realized that they were shooting themselves in the foot by stripping out all of this great promotion (and money) and instead worked out deals with YouTube to do just that — get an ad placed on the videos that they could earn on (with a link to iTunes).  But they were 5 years too late. The damage had been done.

Please don’t point to Taylor Swift as an example of a millennial who continually fights against tech alongside the ‘music industry.’  She built her career the old fashioned way.  Alongside the old players.

Talk to the thousands of middle class musicians who are working WITH technology to build a new music career independently and creatively.

“You consider yourselves lower, middle-class artists.  Is it possible to keep that level today for new artists starting out?” co-host Ted Gerstein asked.

Ok, well, I’m sorry to say, but East Bay Ray is completely uninformed about how new artists are operating in this new landscape. And yes, middle class musicians are, in fact, thriving.

He continued, “It’s not that music is dying. It’s just that it’s going to be blander because you need an audience 11x bigger.”  Ray, buddy, you’re telling me there wasn’t bland music in the 80s and 90s?  Come on!

Yes, there’s a lot MORE music now than ever, but there is some incredibly phenomenal music being created — of all genres.  Don’t believe me?  Well, Bandcamp has paid out $171 million to indie artists.  Most of them DIY.  $4.3 million in the past 30 days.  You probably haven’t heard any of these artists (or, gasp, Bandcamp!) because they haven’t penetrated mainstream and aren’t discussed in all the doom-and-gloom articles and podcasts that consume so much of the industry dialog these days.

Or the artists, believe it or not, who completely built their entire careers on YouTube.  Or, the indie artists making six figures a year licensing their music to film, TV and commercials (without a major publisher or label).

I’m sick and tired of the doom and gloom!

It is the best time to be an independent artist in the history of the music industry.  You just need to get creative with your career and not spend all your time bitching about the ‘good ol days.’

We are in a renaissance period in the music industry.  And while all the oldsters and the ignorant press who solely use sources from the major label and publishing world lament about how tech is crushing their music industry, a quiet majority of creators are paving a new way to build a music career.

Here’s the problem. Jeff Price, who is one of the most informed people in the world on how music royalties work, just sat there silently when East Bay Ray incorrectly stated, “Ads in front of the

produce more money for Google than the people creating the music. From what I can tell, they take about 65% of the money and give 35% to the creators of the content.”

No!  This is false.  Okay, East Bay Ray was misinformed.  I’m not going to hold that against him. But I am going to hold Jeff Price and Ted Gerstein responsible for not correcting him.  They know better!  YouTube is actually very transparent about their commission rate (not much else though).  YouTube pays 55% to the creators and keeps 45% from the ads on YouTube.

Do I think they should pay creators more?  Yes.  I think YouTube should pay at least 70% (like Apple and Spotify do).  Or 85% like Bandcamp does.  Do I think songwriters/publishers deserve an equal cut as the artists/labels? Yes!  But that’s a different discussion for a different article.

Allowing people to spout untruths as gospel (when you know the actual truth) is just as irresponsible as speaking the lie yourself. It’s like when Donald Trump is interviewed and 76% of what he says is an outright lie and those who know the truth just sit there and say “mhmm,” we get a stupider public.

But this is the problem.  Most of those doing the talking these days to major media outlets are musicians who built their careers in a different era.  They are household names, so they are interviewed because their name alone will get clicks.  And the uninformed press are looking for someone who has the answers.  And they believe these people must have them because they’re famous.  But they don’t have the answers.  And they don’t speak for all musicians.

Ray went on to compare the YouTube ad split with his Virgin Publishing split from back in the day of 70/30 (70% to him).  Okay, but most major label deals are weighted heavily the other way.  Industry standard was for a long time, 90% to the label, 10% to the artist.  Not to mention the myriad of ways labels were able to screw artists and songwriters out of just that money with “packaging charges”, “damaged goods” clauses, “controlled composition” clauses, slimy catalog deals, etc etc.

“People need to look at the internet as a plantation share cropper system. Yeah, you got your cotton really cheap, but is that how you want society to go forward?

It’s an interesting analogy, but doesn’t hold up.  Musicians aren’t slaves to Big Tech.  On the contrary, Prince actually said (in 2015) “record contracts are just like slavery. I would tell any young artist… don’t sign.”

You can talk about the ‘good ol days’ of the music business all you want.  But the old music business wasn’t actually as good for artists as it was for labels and publishers.  Yes, we have to change our ways as an industry.  Yes the laws need to change to reflect the realities of the modern era.  But, if you don’t innovate, you die.  Plain and simple.