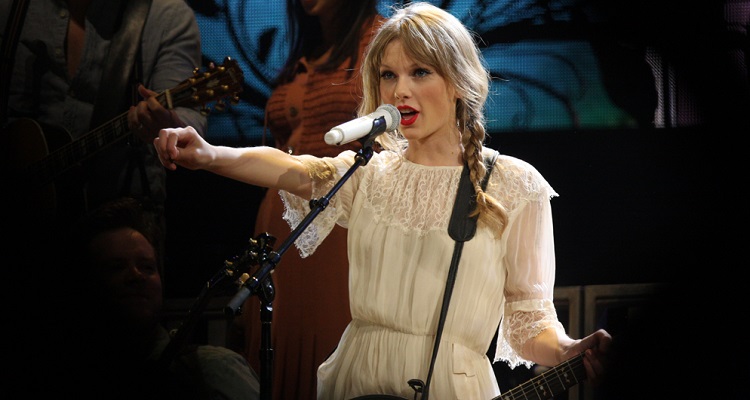 Despite offering her entire back catalog on Spotify last June, Taylor Swift isn’t a big fan of streaming platforms.

She made that very clear in the music video for ‘Look What You Made Me Do.’  In front of masked assailants, she proudly wields a baseball and wads of cash.  Behind her, you’ll see a bank called ‘Streaming Company.’

Swift further strengthened her position when her latest album, Reputation, didn’t drop on any streaming platform.  This prompted Spotify’s Global Head of Music, Troy Carter, to lambast the move, stating that she has ‘set the industry back.’  He may have a point, as Reputation quickly became a hot item on major piracy hubs.  It still remains heavily shared on websites like The Pirate Bay and ISOHunt.

The move to withhold her album from streaming platforms hasn’t affected Taylor Swift all too much.  In its first week, Reputation sold 1.2 million units.  On its first day, the album moved 700,000 units in the US.  This week, Swift’s album added another 256,000 sales.  This may signal that Reputation’s momentum may have ended.  The New York Times noted that her last album, 1989, sold 402,000 copies in its second week.

Yet, days before Reputation dropped, sources told Bloomberg that Taylor Swift and her team wouldn’t make the album available on streaming platforms for exactly one week.  Lucas Shaw wrote,

“Representatives for pop star Taylor Swift told streaming-music partners that her new album won’t be available through their services during its first week of sales, people familiar with the matter said.“

Yet, nearly three weeks have passed.  Except for two popular singles, you won’t find the album on any streaming platform.

So, what went wrong?  Did Bloomberg publish ‘fake news’?  Were their sources just flat-out wrong?

Bloomberg has yet to comment on the ‘report,’ begging the question:  who exactly spoke to Lucas Shaw?  Does Swift’s team still remain in private talks with Spotify and other streaming platforms?  Will the album drop on any platform?  Does Swift really have such a strong disdain for streaming?

Separately, sources say that Swift’s label has negotiated a ‘gated’ release on Spotify.  It remains to be seen if, or when, Reputation will drop, however.  Until then, Lucas Shaw may have some explaining to do.