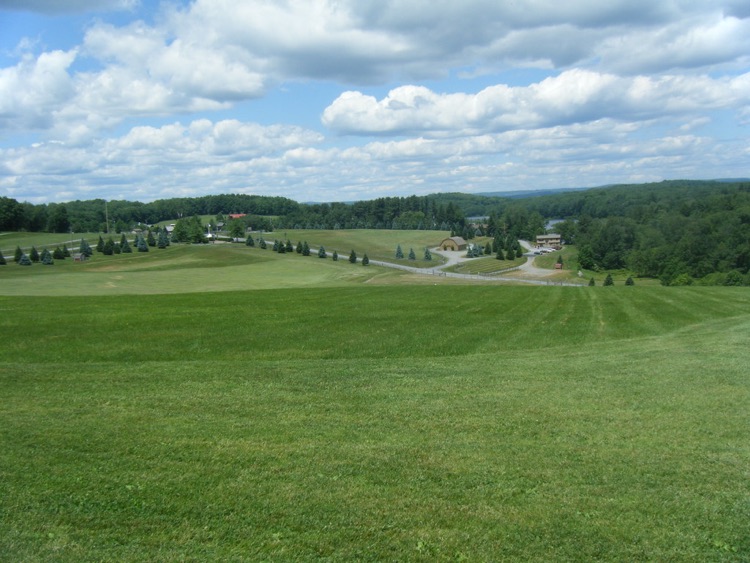 The site of the original Woodstock festival is being heavily restricted this weekend.

Woodstock 50 may have flopped, but plenty of fans are planning on celebrating anyway. Festival veterans like Carlos Santana and John Fogerty will hold their own celebrations after pulling out of the failed relaunch.

The points the compass back to the original Woodstock field.  But officials in Bethel, NY — home of to Max Yasgur’s famous farm — are concerned about traffic jams and crowds, so they are limiting access to the famous field. Visitors who want to visit the site “must obtain travel passes” to visit Thursday through Sunday.

Only people with tickets for events on those evenings can get the passes. There will be numerous checkpoints in place to enforce the rules, and no one without a pass will be allowed on the grounds.

Bethel Woods Chief Executive Officer Darlene Fedun says they’re trying to encourage those who aren’t coming for the concerts to come another weekend. “People who just want to come and sort of breathe the air and feel the vibes [should] come on other weekends,” Fedun advised.

Despite numerous assurances that the festival would go on, Lang’s investors pulled out.  Initial investor Dentsu Aegis even tried to outright cancel the event.

Organizers eventually faced the loss of their initial upstate New York site. Several permit denials for an alternate site followed until the whole event was canceled.

Lang received criticism for his chaotic approach, with many decrying his eternal optimism as foolishness. Simon Napier-Bell — a rock manager — called it a folly.

“It’s as foolish to think you can recreate a 1969 rock event like Woodstock in 2019 as it would be to try and persuade people to go back to old-fashioned telephones and operator-booked long distance calls.”

But many attendees of the original festival are just fine with that. Many of them feel a spiritual connection to Bethel Woods itself.  Some of them say they can still feel the vibe of what happened in the field, fifty years later.

Despite the heavily-restricted access, a free shuttle bus will be on hand to allow non-ticketed visitors access to the Woodstock commemorative monument.